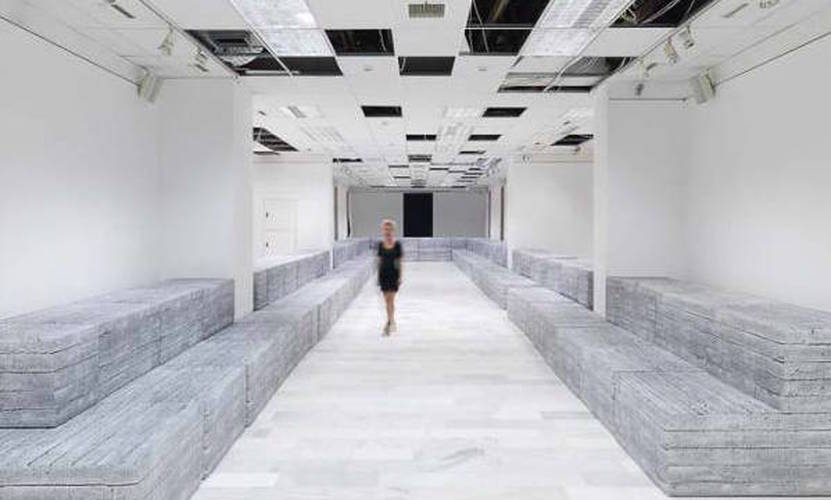 The much-anticipated international contemporary art exhibition Documenta 14 finally opens in Athens on April 8. The event will take over the city extending over more than 40 different public institutions, squares, cinemas, university locations, and libraries.
Visitors are invited to wander into small and larger venues to watch the newly conceived work of the more than 160 artists who prepared them for the event.
“What did we learn from Athens? That we all must abandon our prejudices and plunge into the darkness of not knowing. We started with these steps three years ago, preparing Documenta 14 in Athens and we got here, at the opening,” Artistic Director Adam Szymczyk said at a press conference in Athens on Thursday.
The program starts with the official opening at the National Museum of Contemporary Art (EMST) on Saturday, by German President Frank-Walter Steinmeier, following an invitation by President Prokopis Pavlopoulos.
Among the events in Saturday (April 8), Ross Birrell & David Harding, along with the Athens State Orchestra and the Syrian Expat Philharmonic Orchestra (SEPO), will play Henryk Górecki’s Symphony No. 3, Op. 36, Symphony of Sorrowful Song, at the Athens Concert Hall (8:30 p.m.).
The music performance is a co-production of Documenta 14, The Athens State Orchestra, and the Athens Concert Hall and part of the event’s proceeds will benefit the initiative of the Athens State Orchestra’s “Pink Box” for refugee children as well as the programs of Doctors Without Borders (MSF) for refugees both within and beyond Greek borders.
A performance by Nikhil Chopra titled “Drawing a Line through Landscape” will be held at Archimedous Street 15 (Moschato) and will continue on Sunday.
On Sunday (April 9), the much-talked-about cavalcade “Athens–Kassel Ride: The Transit of Hermes” by Ross Birrell will start at St. Sophia’s Church of Acropolis, at Dionysiou Areopagitou Street, at noon.
Annie Vigier and Franck Apertet (les gens d’Uterpan) prepared “Géographie-Athènes” (Geography-Athens), a performance which will be shown at EMST (4th floor), at 11 a.m.-9 p.m.
The main exhibition venues will be open Tuesdays-Sundays, 11 a.m.-9 p.m., and Thursdays at 11 a.m.-11 p.m. The individual opening hours and dates during Easter as well as ticket information on the events is found on Documenta 14’s website: documenta14.de/en/
Source: ANA-MPA