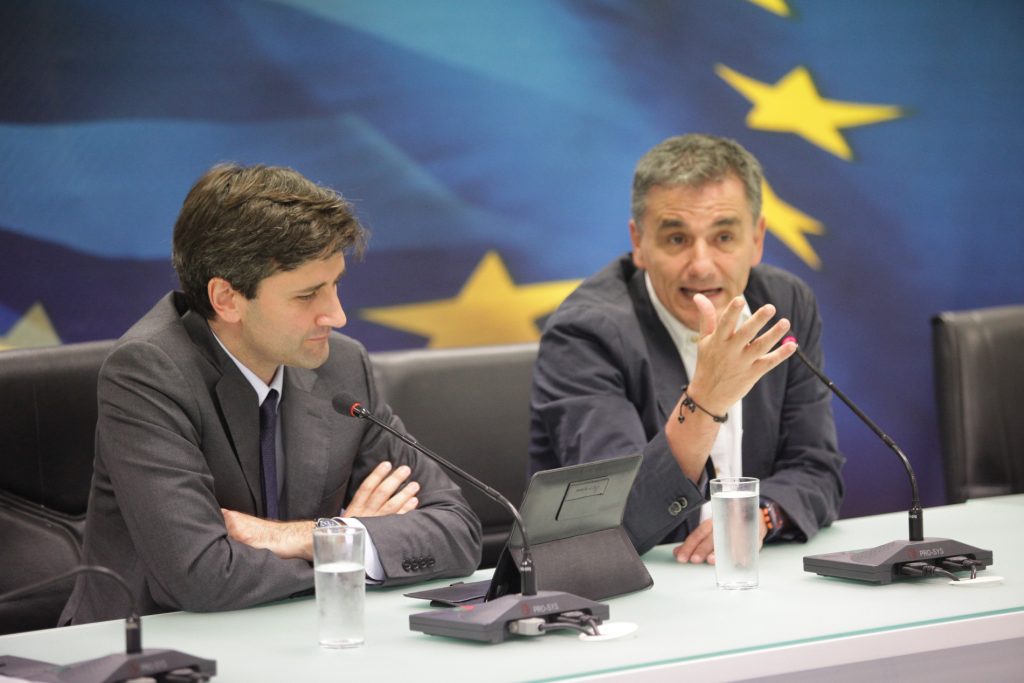 Greek Finance Minister Euclid Tsakalotos, Deputy Giorgos Chouliarakis and Labor Minister Efi Achtsioglou flew urgently to Brussels on Tuesday morning in order to unlock bailout review talks with creditors.
The Greek government is making a last-minute effort to reach a staff level agreement before Friday’s meeting of euro zone finance ministers in Malta. According to Maximos Mansion sources, Athens is making an effort to find a political solution to the pending issues, such as labor law and pension system reforms and the liberalization of the energy market.
According to the same sources, the Greek administration is trying to save yet another crucial Eurogroup date amid “doomsday scenarios that have nothing to do with reality,” as government spokesperson Dimitris Tzanakopoulos said on Skai television on Sunday.
The government spokesman also reiterated the prime minister’s stance that any requirements on the part of creditors should be accompanied by guarantees of debt relief measures.
In the past few days, Prime Minister AlexisTsipras and several cabinet members state publicly that the International Monetary Fund, mainly, and German Finance Minister Wolfgang Schaeuble put hurdles in negotiations by demanding measures and reforms; things that are not part of the bailout agreement signed in July 2015.
At the same time, the administration insists that there is still enough time for the technical teams of the two sides to reach an agreement before Friday. That way Athens hopes that some progress will be recorded in Malta’s Eurogroup.