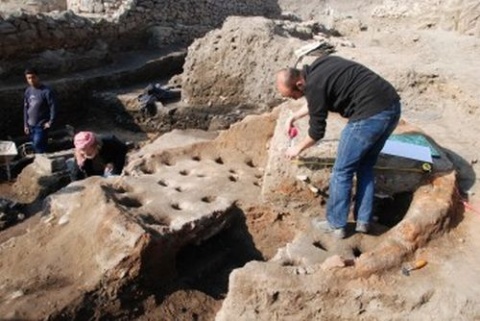 Impressive artifacts from Ancient Greece found at the Apollonia Pontica antique necropolis in the Budjaka area of the Black Sea port town of Sozopol were on display at the 10th national exhibition called Bulgarian Archaeology, and the antiques on display told stories of Sozopol’s Past.

“The exhibition presented more than 350 artifacts from a total of 18 archaeological sites of different type and chronology, ranging from the Early Prehistory to the Middle Ages.” naim.bg explained on its website. The event lasted from February 14 until March 19, 2017. 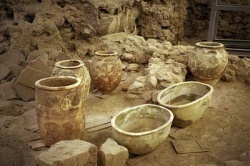 One find in particular which is a one-of-a-kind is a family tomb with impressive architecture which was found in the 1.2 ha where excavations have taken place for the past season under the watchful eyes of Dr. Margarita Popova from the National Museum of History and Dr. Teodora Bogdanova from the Archaeological Museum of Sozopol.

The tomb is the only one known throughout all of the Greek necropolises in Bulgaria and Romania, novitiate.com reported. Children’s graves were not ransacked by thieves, however, the adult tombs had been raided some time ago, the archeologist said.

Another rare find shining light onto the ancient Greek civilization which once thrived at Sozopol is a rare relief cup found in the tombs, which was imported from the ancient Greek town of Pergamum and dates back to the 1st century AD.