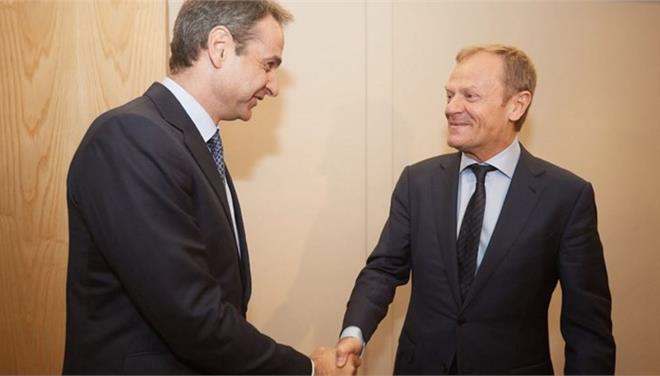 Greece needs a reliable government that will believe in the European vision, New Democracy leader Kyriakos Mitsotakis told the President of the European Council Donald Tusk, on the sidelines of the European People’s Party (EPP) meeting in Malta on Thursday.
Mitsotakis said in a post on his Twitter account that he then discussed the latest developments on Cyprus with the Commissioner for Humanitarian aid and Crisis Management, Christos Stylianides.
(source: ana-mpa)

Turkey announced on Monday that it will conduct a large-scale naval exercises in the Mediterranean and the Aegean Sea between February 25 and March 7.
Cyprus