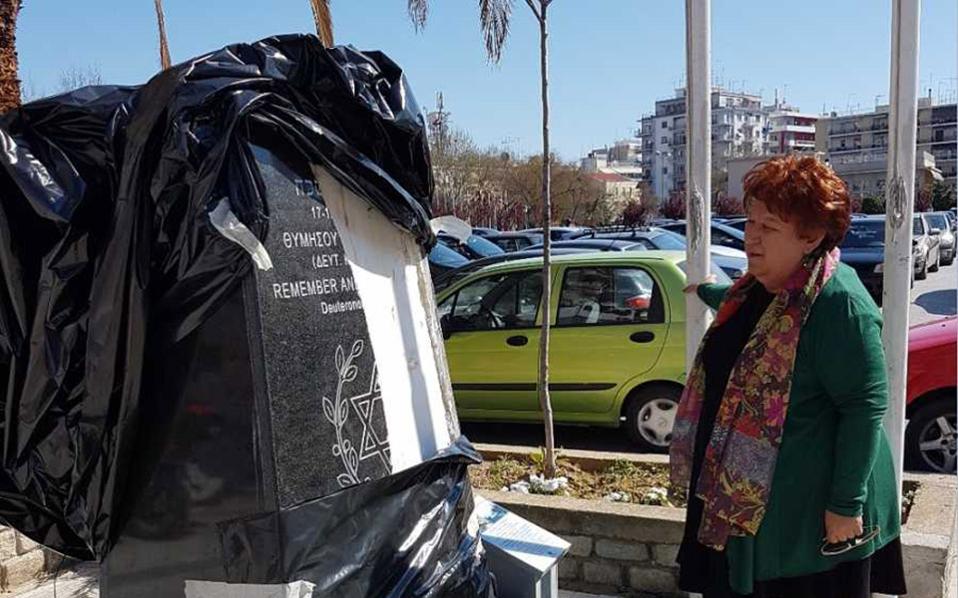 A Holocaust memorial in Kavala, northern Greece, was partially destroyed on Wednesday night, local media reported. The vandalism occurred only a few days after a holocaust monument in Arta was desecrated with paint.
As reported by Ekathimerini, the vandals appear to have used hammers to smash the marble coating on the memorial, which was erected about a year ago in the northern Greek town. The monument commemorates 1,484 Jews from Kavala who perished in Nazi death camps in World War II.
“Every act of vandalism on a monument opens a new wound in regards to the history and culture of Kavala, a community that has always been open, always tolerant and respectful of other cultures and religions,” the municipal authority said in an announcement.
The municipality of Kavala has condemned the vandalism promising to fully restore the monument and take the necessary measures to apprehend those responsible.