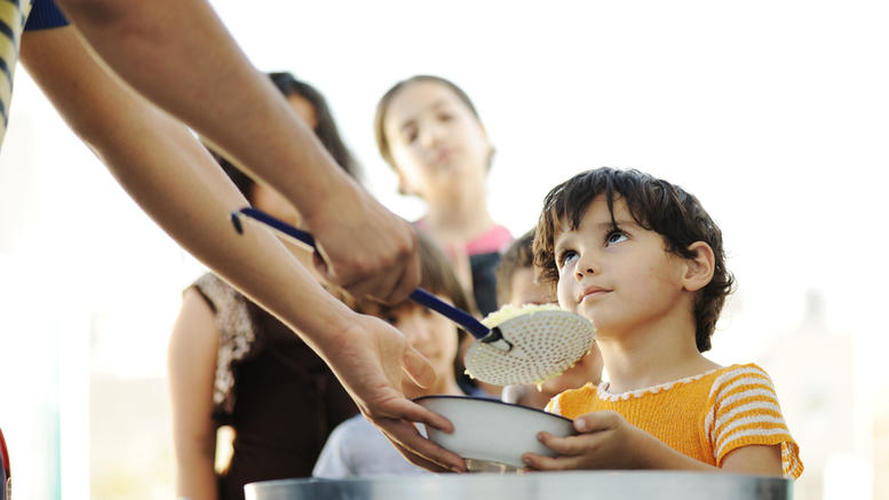 A report released by UNICEF on Wednesday shows the dramatic downgrade of children’s living conditions in Greece, that is by far the leading country in which children are deprived of the basic essentials and services within the EU-14 at 45%. This figure is nearly double that of Italy that follows child deprivation at 24.6%.
The report, conducted by Professor of Social Policy at Panteion University, Christos Papatheodorou and Stefan Papanastasiou PhD in Social Policy was commissioned by the Greek Committee of UNICEF. The study used elements of the most recent surveys performed by ELSTAT and Eurostat (2009-2015), which showed a record of half a million children in Greece living in poor families during the period of 2009 to 2014, based on the index of relative poverty.
When compared with 14 of the older EU countries, Greece has the third highest rate of child poverty (26.6%), after Spain (29.6%) and Italy (26.8%). The lowest rate in the EU-14 was recorded in the Nordic countries, Finland (10%), Denmark (10.4%), Sweden (12.9%). Moreover, in 2015, almost one in two children were living in conditions of material deprivation. The unfavorable situation of children in Greece is confirmed by the percentage of children living in poverty or social exclusion, which from 2013 to 2015 is consistently above 35%.
Professor Christos Papatheodorou, stated that “During the crisis the most affected are the welfare of families with children in relation to the rest of the country’s population. And it is important to realize that tackling child poverty is to help the poor families.”
As stated in the report, it becomes imperative to design and implement appropriate policies to support and strengthen families with children, while their support through a combination of cash and material basics are considered important in addition to Parental leave and the harmonization of work and family life.
“It is the overall responsibility of the state to provide equal opportunities for children to grow,” Mr. Papatheodorou concluded.
UNICEF’s annual radio marathon will be held on Thursday, April 6 — with the participation of the Greek Radio and private and public radio stations — in an effort to raise public awareness about the risk of malnutrition while 22 million children in Nigeria, Somalia, South Sudan and Yemen “have been left to their own fate,” UNICEF says.
Overall, UNICEF has sent global appeal amounting to $255 million USD for nutritional programs and therapeutic feeding for severely malnourished children, health programs (immunization, water and sanitation provision in preventing fatal diseases) and programs of protection of persons displaced by child conflicts.