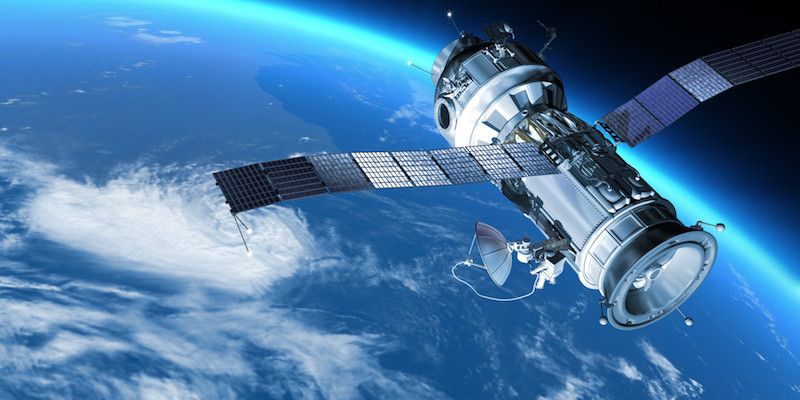 The Laboratory of Electromagnetic Theory of the Democritus University of Thrace / Department of Electrical and Computer Engineering has been selected to join the QB50 European initiative for the launch of a swarm of nano-satellites to investigate the upper atmosphere. The satellites will be launched to the International Space Station (ISS) in late March 2017, aiming to be launched from the ISS into orbit by April-May, 2017.
The Greek satellite GRO1-DUTHS made by the Polytechnic school of the Democritus University of Thrace is in the U.S. and is ready to launch from Cape Canaveral (Kennedy Space Center) by NASA.
GRO1-DUTHS is a Cubesat-type satellite which was entirely built at the Democritus University by mechanics, post-graduate students, tutors and students with study on satellite systems, said professor of Democritus University Theodoros Sarris to the Athens Macedonian News Agency’s radio station “Praktoreio.”
The Greek satellite is part of a swarm of satellites, a space mission named QB5O. It is a mission that has invited universities from all over the world to participate with their own satellites. The Greek scientist explained that only 26 institutions (from 50 that tabled their proposals) participate in the mission. “We are ready for the launch,” said Sarris explaining that on Tuesday they are expecting to be informed on the final launch date.
The mission aims to study the earth’s atmosphere, the area called Transition Region which is the transition point where the earth’s atmosphere meets with the space atmosphere. The Greek satellite is currently on the Cygnus Cargo Craft platform and atop of an Atlas-V rocket. “We are trying to find how this space area changes during the sun turbulences and explosions. How this area gets warmer and changes its composition. The Greek satellite will measure plasma parameters and electron frequencies and density as well as temperature changes” explained Sarris adding that this effort will be in live broadcast by NASA and also on the website: www.duthsat.gr.
(source: ana-mpa)