Yanis Varoufakis: 'EU Anniversary is Nothing to Celebrate' 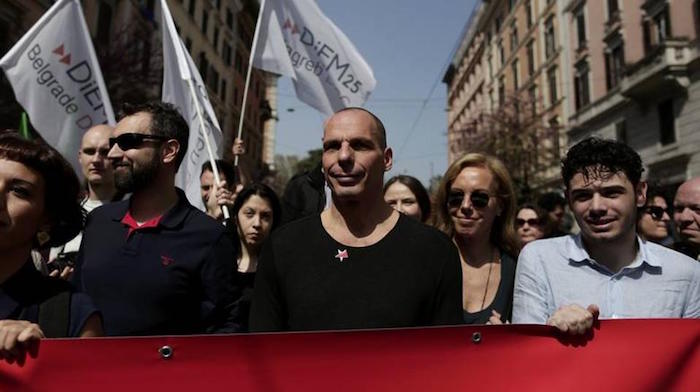 At the 60th anniversary summit of the European Union, European leaders celebrated the signing of the Declaration of Rome.
Simultaneously the former right hand to PM Tspiras, Yanis Varoufakis along with his wife protested in the central streets of Italy.
The ex-Greek finance minister, who went head-to-head with the EU over his country’s debt collapse, has claimed that the Treaty of Rome anniversary is “nothing to celebrate”.
Varoufakis has claimed since his departure from Greek politics that the EU is a farce, going further to estimate the EU would no longer be in existence in just six years.
Speaking about the anniversary of the founding document, Varoufakis claimed that Angela Merkel and Jean-Claude Juncker “had nothing to celebrate”.
He told Bloomberg: “We are not in Rome to celebrate, there is nothing in Rome to celebrate.
“We need to save Europe from itself – and to make Europe something worth saving.”