TechNews
GreekReporter.com Greece Tsipras: We Must Fight to Change Europe from Within

Tsipras: We Must Fight to Change Europe from Within 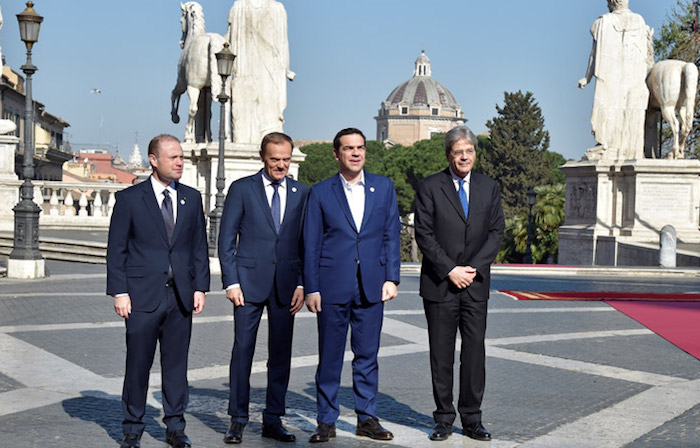 “There can be no doubt that this Europe is not the Europe we dreamed of, it is not the Europe we want. There is also no doubt, however, that no other path is open other than to fight from within to change it,” Greece’s Prime Minister Alexis Tsipras said on Saturday, after the 27 European leaders concluded an anniversary summit by signing a declaration of unity.
Tsipras said that he had put the crucial issue of the EU’s social acquis and whether this was equally accessible to all EU member-states at the centre of the discussion. “Obviously, the answer I was given was positive but it remains to be seen whether rhetoric and the action continue to diverge. We will see this very soon,” he added.
Regardless, he said, the reply given by the heads of European institutional bodies, saying that Greece was no exception to Europe’s social acquis, “encourages us to continue in a struggle that concerns the workers and people of Greece as much as the workers and all the peoples of Europe.”
Tsipras was also critical of trade unions in Greece, which he said were “in the rear guard and not on the front lines, as in other countries in Europe.”
(source: ana-mpa)