Corruption Prosecutor Resigns; Claims she was Targeted over Novartis Probe 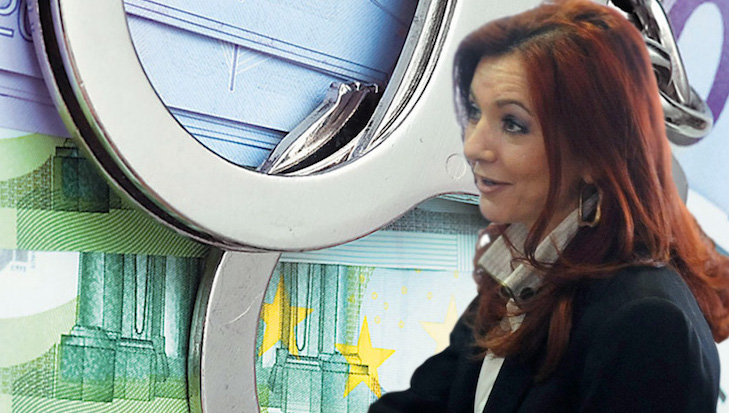 Greece’s Corruption Prosecutor Eleni Raikou resigned her position as head of the prosecutors investigating corruption on Friday, in a letter to Supreme Court Chief Prosecutor Xeni Dimitriou. Giving reasons for her decision, Raikou claimed she was being targeted by “unofficial power centres” due to her investigation of alleged extensive bribery of state officials by the pharmaceutical firm Novartis.
According to sources, Raikou’s decision was prompted by a negative article about her published in a weekly newspaper at a time “when it was a common secret that we have the first important evidence in our possession, proving without doubt the extensive corruption but also the mechanism through which the above state officials were being bribed.” She requested that she be replaced and complained that she had not been given sufficient “institutional protection” in her role.
Referring to the investigation into Novartis, the letter said that “substantial and crucial evidence” had been found showing that a large number of state officials, chiefly doctors, were receiving bribes directly from a Novartis bank account in Switzerland. The investigation also traced payments to legal entities that may have served as “vehicles” to cover up the illegal payments. The amounts involved, based on the evidence collected so far, were in the region of 28 million euros, while the involvement of other parties, including politicians, could not be ruled out, she said.
The prosecutor also refers to evidence linked to investigations that resulted in the prosecution of businessman Thomas Liakounakos and the former defence minister Yiannos Papantoniou.
Regarding the article, Raikou said that she “refused to be sacrificed on the altar of the interests of corrupt state officials and the big pharma, who ahead of the revelations that have clearly leaked and which would certainly lead them before justice and possibly some of them to jail, did not hesitate to plan my moral extermination so that they might be able to demolish our investigation,” she said.
Dimitriou is currently in Cyprus on a planned visit and is expected to put the issue fo the Supreme Judicial Council on her return. Raikou is the country’s first head prosecutor against corruption and the Supreme Judicial Council was due to decide whether to renew her term for the third time in about a month.
(source: ana-mpa)