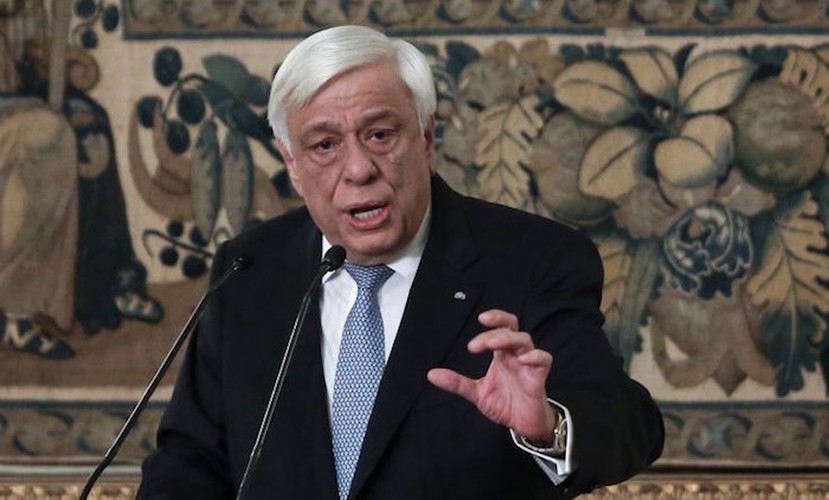 For Greece to be outside Europe is inconceivable, while Europe cannot be what it was founded to be without Greece,” President of the Hellenic Republic Prokopis Pavlopoulos international personally said on Friday, in a message for the March 25 anniversary of Greece’s 1821 war of independence against Ottoman rule.
“We progress, with the overwhelming majority of democratic political forces united in this direction, on our European path, without doubts or scepticism, leading in the common struggle for the European Union to again find the roots on which it can support itself,” Pavlopoulos said.
The president’s message also touched on the refugee and migration crisis, noting that this was an existential problem for Europe. He urged the EU to “once again remember its values” and isolate the extreme voices possessed by anti-humanitarian and anti-democratic phobic syndromes. In this context, he warned the Former Yugoslav Republic of Macedonia (FYROM) that countries “claiming names that brutally misrepresent history and smack of irredentism” but also those that “display barbarity toward refugees” have “no European future”.
Pavlopoulos stressed that Greece will not hesitate to protect its sovereignty, territorial integrity and its borders and — since Greece was an inseparable part of the EU — by extension, the sovereignty, territorial integrity and borders of the EU.
The Greek president underlined the need for a solution to the Cyprus issue that ensures, finally and irreversibly, that a member-state of the EU and the Eurozone will have a single international personally and full sovereignty, free of the outdated and undermining intervention of third-party “guarantors.” Pavlopoulos also referred to the recent terror attack in London, stressing that Europe must deal with it sternly “and in the manner fitting to those that commit crimes against humanity.”
(source: ana-mpa)