Music and Sculpture at National Archaeological Museum Events on Monday 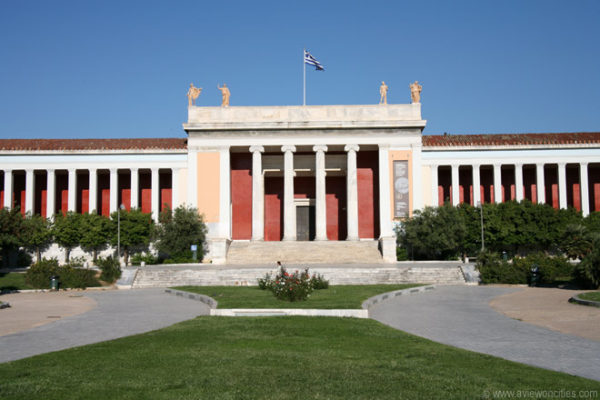 In a tribute to the “muses” that have inspired artists from antiquity up to the present day, the National Archaeological Museum in Athens is planning two separate events on sculpture and music that will take place at the museum on Monday evening.
The first event starts at 6 p.m. in the museum atrium and is the fifth in an annual series of the tributes to modern Greek sculpture, where the work of contemporary Greek artist and its references to ancient sculptures are displayed in the museum for a period of two months.
The series started in the summer of 2016, in collaboration with the Greek sculptors’ association, while the featured sculpture in March and April is Dimitri Armakolas’ “Maiden of the Sea.” This will be presented on Monday by art historian Nikos Moschonas, alongside a lecture by a museum archaeologist on one of the ancient sculptures in the museum that is considered to “converse” with the modern sculpture.
The event in the atrium will be followed by a concert in the ‘Hall of the Altar’ (Room 34) at 7 p.m., with the Athens State Orchestra performing the latest in its chamber music concerts for museums, featuring selected works for flute and harp — two musical instruments linked to the mysteries of the Muses — entitled “Wind, Strings and Heroes of Ancient Myth.” Entrance is free of charge, with a ticket supplied at the museum ticket office.
Source: ANA-MPA