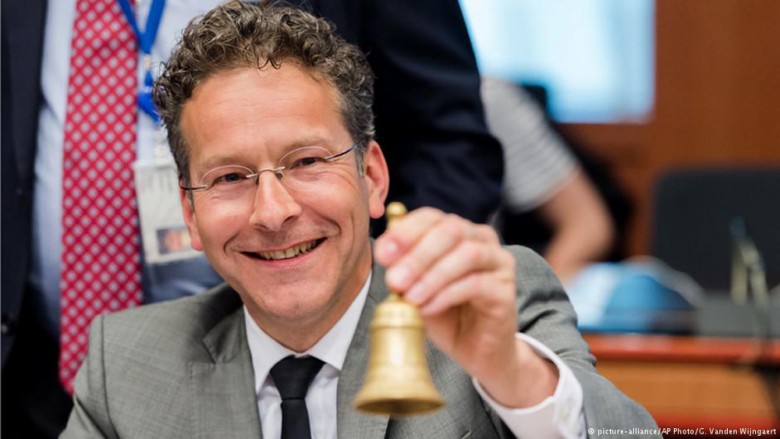 Eurogroup President Jeroen Dijsselbloem received fiery criticism after refusing to retract the comment that southern European countries “spent all their money on drinks and women and then asked for help.”
The Dutch finance minister received strong criticism from members of the European Parliament, who labelled his comment “offensive” and “boorish.” Dijsselbloem made the comment in an interview with German newspaper Frankfurter Allgemeine Zeitung that was published on Monday.
Spanish MEP and member of the European People’s Party Gabriel Mato said that the comment is “absolutely unacceptable” and constitute “insult” to the southern EU Member States, arguing that the president of the Eurogroup has lost the necessary neutrality.
Spanish Green MEP Ernest Urtasun called the Dijsselbloem comment “unfortunate” and asked him if “is this your first statement as a candidate to renew your term as President of the Eurogroup?”
Portuguese Minister of Foreign Affairs Ausgusto Santos Silva said that the comment is “absolutely unacceptable” and Dijsselbloem “can not remain at the head of the Eurogroup”.
Nevertheless, the Eurogroup chief said that he will not apologize for his comment and that he will continue to defend the view that solidarity within the euro zone means that all Member States should adhere to the same financial rules on debt and deficit.
According to the excerpt of the interview in FAZ, Dijsselbloem had stated that: “During the euro crisis, the countries of the North had shown solidarity with the countries that were affected by the crisis. As a Social Democrat I put great importance in solidarity. But there are obligations, also. You can not spend all the money on drinks and women and then ask for help.”