GRNews
GreekReporter.comGreeceMajority of Greeks See Migrants as a Social and Economic Threat, EKKE... 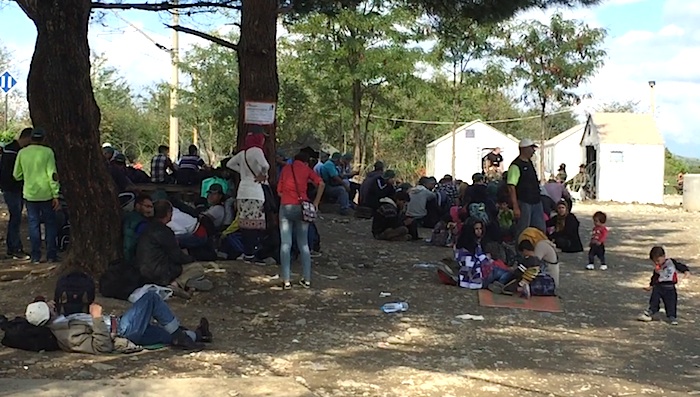 Almost two thirds of Greeks consider migrants a threat on an economic, social and cultural level, according to a survey by the National Centre for Social Research (EKKE) unveiled on Tuesday.
Among those taking the survey, 65 pct said that migrants were bad for Greece’s economy, 59 pct consider that migrants are taking their jobs and 59 pct that migrants’ use of health and welfare services is greater than their contribution in terms of taxes. The survey also revealed that Greeks place a high value on cultural homogeneity, with 63 pct considering that the country was a “worse place to live” as a result of migrants and 57 pct saying that Greece’s cultural life has deteriorated because of them, rather than becoming enriched.
One third said the government must not be too generous in granting refugee status to applicants and 44.4 pct believe the government treats the migrants that arrived in Greece during the latest migration wave better than the local population, to a lesser or greater extent, while 29.2 pct say its treatment of migrants and locals is the same and 26.5 pct see it as much or a little bit worse.
Greeks are also very negatively disposed to Muslims, with four in 10 considering that Greece should not accept any Muslim migrants and another four in 10 saying their numbers should be greatly restricted. In a European-wide survey published by the British international think tank Chatham House last month, 58 pct of Greeks said that migration from Muslim countries should stop.
Analyzing the results, EKKE researcher Angelos Tramountanis said that Greeks appear to see migration as a threat on two levels: on the level of the country’s economic and social state and on the level of identity. “We expected to have these results, chiefly because of the economic crisis, since from research and the bibliography it has been shown that when you have an economic crisis, unemployment and low wages this causes certain reflexes, which result in an increase of bad feelings against migrants,” he said. Researchers were surprised by the intensity of the negative reaction shown by the results, however, since it revealed that migrants were seen as a threat on all levels, Tramountanis added.
The survey was part of the more wide-ranging MIGHEAL program financed by the European Economic Area and conducted by the National Centre for Social Studies in collaboration with NTNU, the Norwegian University for Science and Technology. The MIGHEAL program focuses on inequalities in the health sector among the migrant population and was presented in Athens last February.
It was conducted through interviews with 505 migrants and 827 Greeks aged 15 or above, living in major urban centers in Greece.
(source: ana-mpa)