Eurogroup President Among Targets of Parcel Bombs from Greece 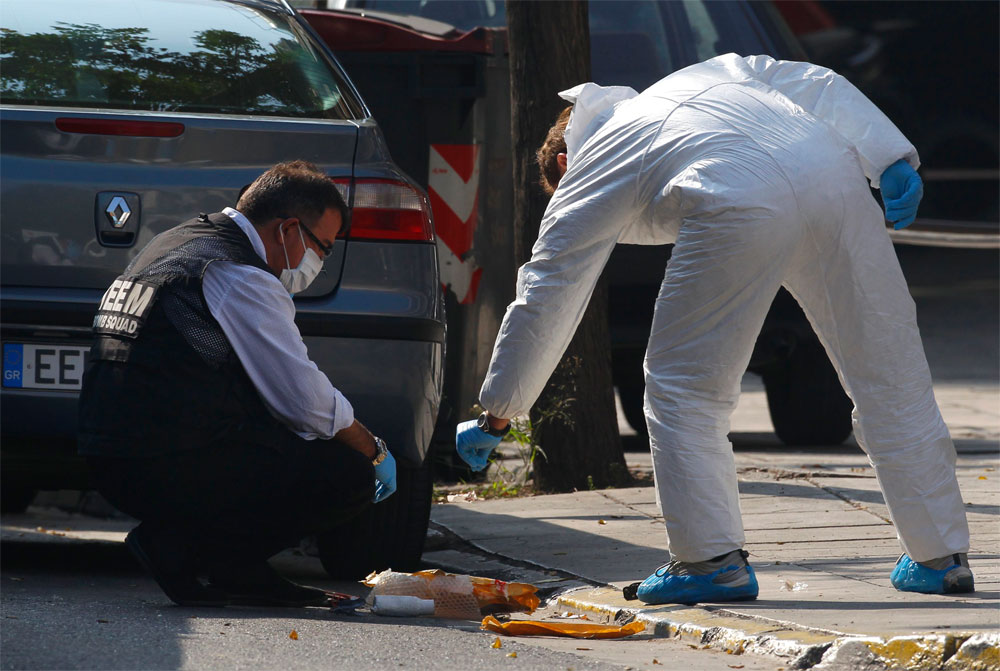 Eurogroup President Jeroen Dijsselbloem was one of the targeted recipients of the eight parcel bombs that were intercepted at the Hellenic Post Office (ELTA) sorting center at Kryoneri.
The eight wire-trapped packages were similar to the ones sent to German Finance Minister Wolfgang Schaeuble and the International Monetary Fund offices in Paris. One person was injured after the package exploded in the IMF offices.
The eight parcels were addressed to multinational corporation executives and European Union officials, including Dijsselbloem and European Commissioner for Economic and Financial Affairs, Taxation and Customs, Pierre Moscovici.
Another similarity with the previous parcel bombs was that the perpetrators used the names of former conservative finance minister Gikas Hardouvelis and Yanis Varoufakis, and also names of prominent Greek economists and academics as senders.
Police officials say that the reason the parcels delayed arriving at the sorting center was that the perpetrators dropped them in remote standalone mailboxes because post offices have security cameras.
After terrorist group Conspiracies of the Cells of Fire claimed responsibility of the parcel bombs sent to Berlin and Paris, members of the counter-terrorism unit of the Hellenic Police are in sorting centers that deal with mail sent abroad. The suspicious packages were located after authorities checked the names of recipients and senders. They were sent to forensic labs for examination.