GRNews
GreekReporter.comGreeceHundreds of Migrants Demonstrate Against EU-Turkey Deal on Lesvos

Hundreds of Migrants Demonstrate Against EU-Turkey Deal on Lesvos 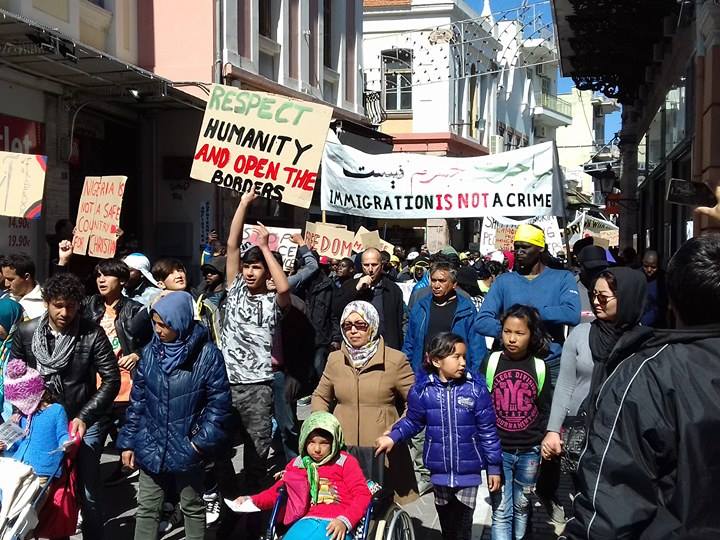 Hundreds of refugees, migrants and supporters gathered on Saturday on Lesvos to protest against the European Union-Turkey deal that calls for the return of asylum seekers in Greece back to Turkey.
The rally was in celebration of the international day of action against racism, war, fascism and poverty. It was also the first anniversary of the EU-Turkey deal, that went into effect on March 20, 2016
The rally started at Sappho Square in Mytilene, with refugees and migrants of the living in Moria and Kara Tepe migrant camps, and many supporters from solidarity organizations, political groups and students. The protesters shouted slogans against the agreement and the registration centers that also serve as detention centers.
“Shut down Moria” was one of the slogans in the peaceful demonstration, with protesters demanding open borders, freedom to all and an end to deportations.

Femicide in Laconia Marks 15th Woman Killed In Greece in 2021