GRNews
GreekReporter.comGreeceScientists: Santorini Tsunami of 1650 BC Caused by Pyroclastic Flows, Not Caldera...

Scientists: Santorini Tsunami of 1650 BC Caused by Pyroclastic Flows, Not Caldera Collapse 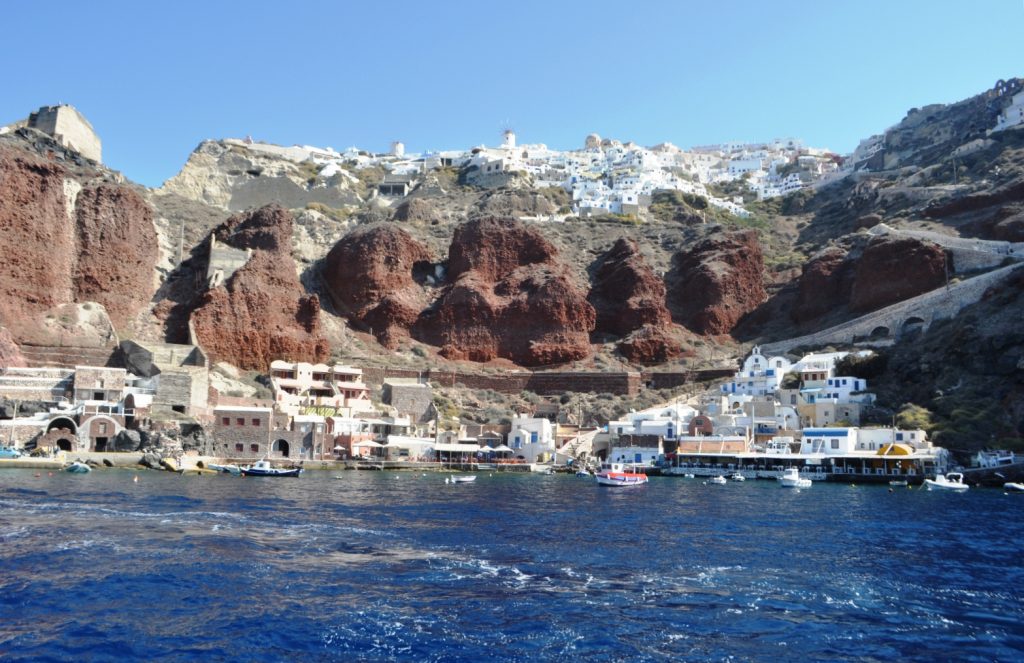 The 1650 BC eruption of the Santorini volcano triggered tsunamis that heavily damaged coastal towns and disrupted vital shipping and trade operations, a new study shows, contrary to a previous theory that the tsunamis were caused by the collapse of the volcano’s caldera.
The Santorini tsunamis in the Aegean are thought to be important factors in the demise of the ancient Minoan culture. According to an Earth magazine article, so far the collapse of the volcano’s caldera has been the favored tsunami-triggering mechanism. The theory was based on the fact that the caldera was connected to the sea by a strait.
Earth says that a new study in Nature Communications conducted by Paraskevi Nomikou of the University of Athens and colleagues reported that new bathymetric and seismic evidence, along with digital elevation modeling, indicates that the caldera was actually isolated and blocked from the sea by volcanic deposits ejected early in the eruption. Therefore, the caldera collapse would not be able to generate or produce tsunamis of the scale indicated by coastal deposits in the region, the researchers say.
The conclusion of the Greek team of scientists is that pyroclastic flows from the volcano into the sea, combined with submarine slumping of pyroclastic deposits, were the main tsunami-producing mechanisms. According to Earth, pyroclastic flows have also been implicated as the main cause of tsunamis during the 1883 eruption of the Krakatoa volcano in Indonesia.
Nomikou says the new data from the Greek island offer further evidence that tsunami-triggering pyroclastic flows are a worldwide hazard.