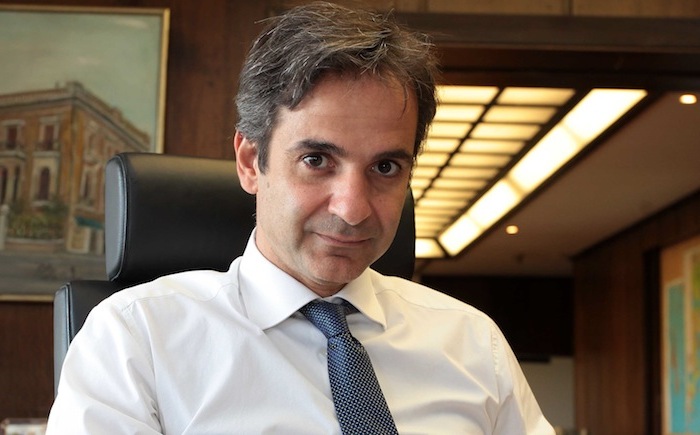 New Democracy leader Kyriakos Mitsotakis presented the main positions his party would follow if it were elected in government during a 90-minute Q&A session with Facebook users on Tuesday.
Mitsotakis said his cabinet will be smaller than the current one and managerial positions in the public sector would be filled after personal interviews of the candidates by mixed committees. “Meritocracy everywhere, this is our main belief,” he said.
Asked about the public broadcaster ERT, he said it needs to promote pluralism and objective information and at the same time respect the money of the Greek taxpayer, and reiterated his pledge to cut the monthly levy paid by taxpayers for ERT by half.
Concerning the vote of Greeks living abroad, Mitsotakis said he has already submitted a legislative proposal on the subject. “For reasons we all understand, SYRIZA has abandoned the issue. We will vote it the first month ND will be in government along with the change in electoral law,” he said.
On the creation of private universities, he reiterated his pledge to change article 16 which forbids it but also noted his government would implement a comprehensive upgrade of public universities “which will continue to be chosen by the large majority of Greek youths.”
Asked about the possibility the government of Alexis Tsipras launching a new referendum asking Greeks to vote in or out of the Eurozone, he responded: “I cannot imagine history repeating itself as a farce.”
Concerning the violence in the city center, he said the police have the operational ability to handle the situation if given the political coverage.
Source: ANA-MPA