GRNews
GreekReporter.comHollywoodDirector Katie Cokinos on "I Dream Too Much" and Women in Hollywood

Katie Cokinos’ film “I Dream Too Much” won high praise at festivals across the US, including the prestigious South by Southwest (SXSW) festival in Austin. The movie tells the story of Dora (Eden Brolin), a recent college graduate who doesn’t know what she wants to do in life, but knows she wants to get away from her mom for a while, so she volunteers to take care of her great aunt Vera (Diane Ladd).

Executive produced by Richard Linklater of “Before Sunrise” fame, the film is now available on Netflix.

We spoke to Cokinos about how she got into filmmaking, her inspiration for the film, and what it was like to create a female-directed and female-starring movie in Hollywood today.

How did you fall in love with movies in the first place?

I grew up in Texas, (all my grandparents were from Greece), and I grew up in an era where everyone went to movies – there were no video games, Internet, etc. – and the 70s was a great time for movies. My family was really into seeing films, and my dad also documented everything, so we basically lived in front of a super 8 camera.  I was also a big reader and love to write, so I think all that combined – my family’s passion for movies, my love of writing – made me want to create films.

I remember when I went into a movie theater, the only thing I could equate it to in my mind was going to church; it was dark and you had to be silent. So for me it was almost this religious experience.

How did you get your start in the industry?

I went to Texas A&M University and I was supposed to be headed to law school, but I started watching these art films every Sunday night by Bergman and Truffaut and other great European filmmakers, that I’d never seen before. So my love for film went to another level and I started a Film Society at my university.

After graduation I started working at an organization called Southwest Alternate Media Project in Houston. I still didn’t know what I wanted to do with film, I just knew I wanted to be close to it; at that time, I helped Rick [Richard Linklater] get his film “Slacker” into film festivals, and that’s how we met. 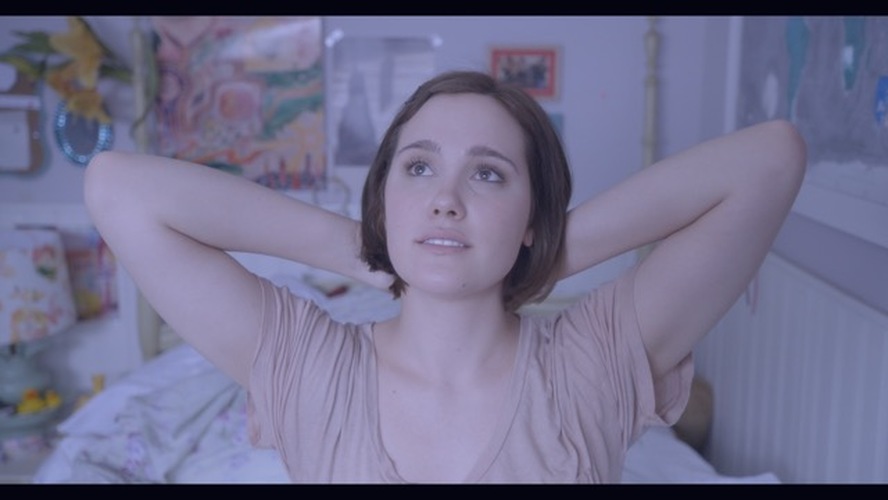 So how did you get into the filmmaking process?

I ran the Austin Film Society from 1990 to 1995 and started making short films. There was a really nice film community there and plenty of artists, because at that time you could live in Austin cheaply. I also worked on bigger films like “Return of the Chainsaw Texas Massacre” and “What’s Eating Gilbert Grape?”.

At that point, I realized I wanted to create a larger project, so I ended up writing, directing, and starring in “Portrait of a Girl As a Young Cat”, which was really influenced by the French New Wave. That ended up going to SXSW and other major festivals.

Tell us a little about your inspiration for “I Dream Too Much”.

I’ve been working on it for a long time – I finished the first draft in May of 2012 and I wrote about 25 drafts after that.

I really wanted to shoot a film here in Saugerties where I live, and I love the winter, so I kept thinking, “who is in Saugerties in the dead of winter?” – they’re usually either forced to be here or they’re running away from something. That’s why I created this girl who just finished college, doesn’t know what she wants to do, but really wants to get away from her mom.

How was the filming experience?

It was New York in the middle of winter, so there were some issues there. We were shooting five pages a day and dealing with snow, but it was a great experience. It made me very excited to keep filming more movies. 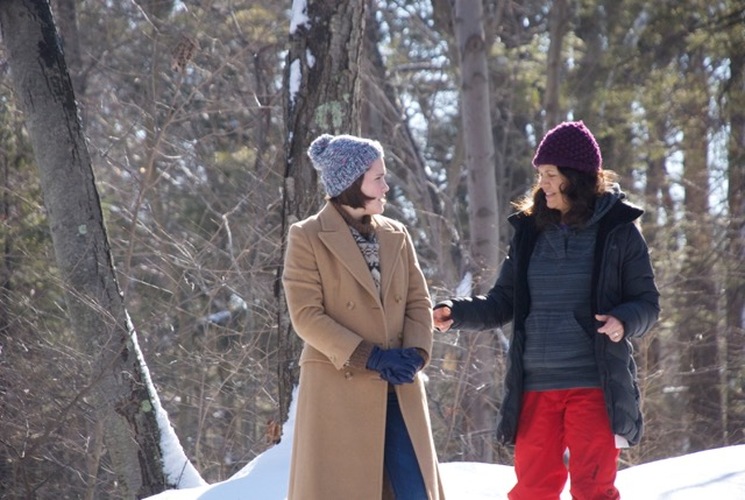 Your film focuses on female characters – what do you think of the portrayal of women and women working in Hollywood at this time?

Well, it’s definitely better. One theory I have is that guys just want to hang out with other guys – so when you have a lot of male producers and directors, they tend to get closer to the guys on set and want to hire more men.

There’s that great quote by Jane Campion that says, “I would love to see more women directors because they represent half of the population – and gave birth to the whole world. Without them writing and being directors, the rest of us are not going to know the whole story.”

What does bother me is that, when I watch a lot of TV and movies, it seems like most of the stories are women in peril. There doesn’t seem to a be a lot of joy and fun. Maybe that’s just part of a “grittier” film trend right now, or maybe it’s how women are seen, as people who need to be protected and helped and saved.

How does that portrayal of women affect your story in “I Dream Too Much”?

I think “I Dream Too Much” definitely had a bit of a challenge getting out into the festival world, because I feel like the market now calls for darker, more political stories. But we somehow made it work.

You spoke about the importance of your Greek family and heritage – do you think it influences how you tell stories?

There were definitely stories to be told in our household that weren’t being told in my other friends’ houses. I remember stories about my grandfather escaping the Balkan War, and my other grandfather leaving home because his family couldn’t even feed him. The immigrant story influences our background and thinking so much.

I also have a film I want to make in Greece.

Can you tell us about your Greek film idea?

It’s something I’ve always thought about – creating a story about what my grandparents went through when they left Greece, especially when my grandfather left Paxoi. The thought that they left behind their homes and families in 1910, knowing they probably would never see their loved ones again, always stuck with me. I would like to do a film about their final days in Greece before leaving.

Finally, what is your recommendation for those who do want to incorporate more women’s stories into films?

I think if filmmakers just take a look at what’s been done, and do something different – tell different stories and take different perspectives – this will go a long way towards helping more women’s stories get out there. It will also help avoid creating flat characters.

And honestly, it’s a hard thing to do. I can see how some people don’t necessarily want to put in the time and emotional effort to create these more complex female characters. But it’s a shame, and more people should, because there are amazing actresses out there who deserve better characters than they’ve been getting.