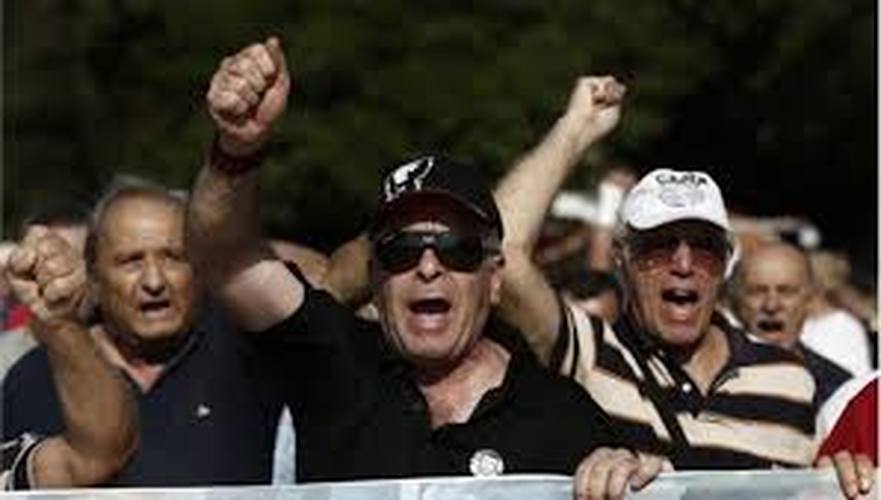 The unemployment rate among Greeks 45 and over is increasing steadily, with almost one in three unemployed belonging in the 45-64 age group, when in 2009 there were only one in five.
According to the Hellenic Statistical Authority (ELSTAT), out of a total 3.6 million in the work force, 347,000 people between 45 and 64 years old are jobless. Respectively, the unemployed of that age group were 99,000 in 2009.
Furthermore, the new pension calculation system “condemns” people over 50 years old to receive very low pensions, disproportionate to the years worked and security contributions made.
At the same time, those over 50 face the additional problem that they cannot get private  insurance because there is no time for maturing private pension plans. Furthermore, those over 50 can no longer use their last 15-20 years of work to save money for their retirement as they saw their salaries slashed, have to pay more in taxes, need to support their children who are mostly unemployed, studying, or have to aid relatives who are unemployed.
Those who belong in the 55-64 group find it almost impossible to enter the labor market as 20 percent of them are unemployed. As for those 45-64 years old, 29 percent of them are jobless.
Out of the 347,400 people over 45 who are unemployed, 280,000 are long-term unemployed, meaning that they are at least 12 months without a job, while 224,000 of them are out of the labor market for at least two years. In 2009, the jobless in the 45-64 age group were 195,700.
What is equally important is the amount of pension today’s middle-aged unemployed will receive. According to estimates, professionals and freelancers will receive pensions that would be 60 percent less compared to the previous pension system.