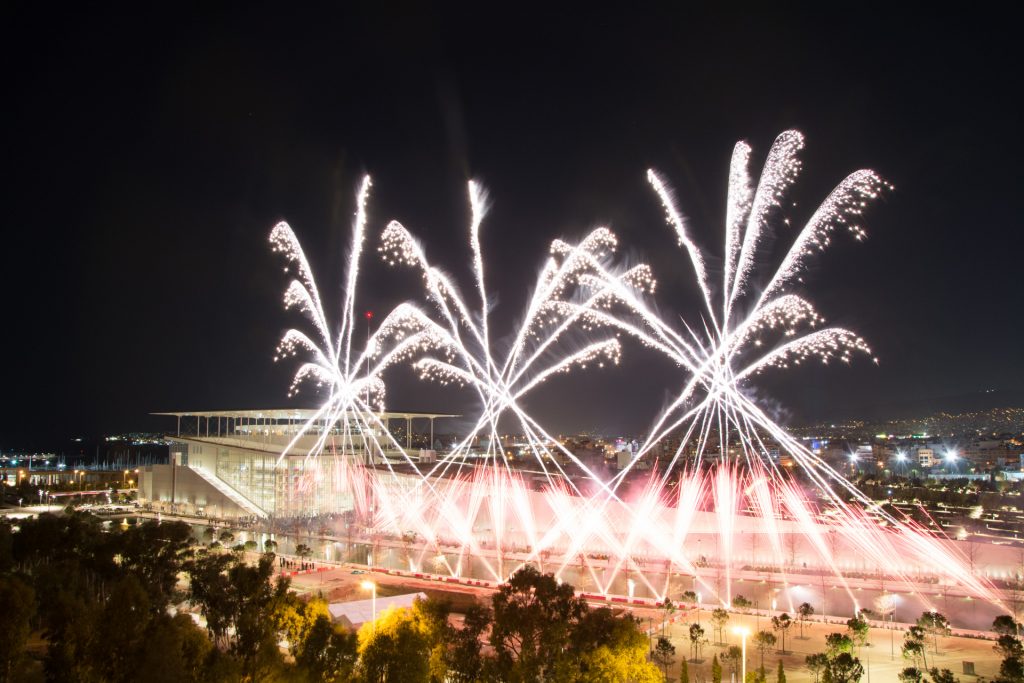 A large celebration, open to all, marked the completion of the delivery of the Stavros Niarchos Foundation Cultural Center (SNFCC) by the Stavros Niarchos Foundation (SNF) to its permanent owner, the Greek State and, by extension, to the Greek society, the citizens and daily visitors of the SNFCC.
During this special moment in the project’s progress, thousands of people actively participated in the day’s events and happenings, confirming, through their presence, that the SNFCC belongs to all.
The official delivery ceremony was attended by the country’s political and state leadership, foreign ambassadors, friends of the SNF, SNFCC Members and a large crowd of people, who arrived in order to be a part of this special day.
The event opened with the screening of a short video on the history of the SNFCC, and was followed by speeches by the President of the Hellenic Republic, Mr. Prokopis Pavlopoulos, Co-President and Director of the SNF, Mr. Andreas Dracopoulos and the Prime Minister, Mr. Alexis Tsipras. Following the speeches, the Minister of Finance, Mr. Euclid Tsakalotos, along with the SNF’s Chief Financial Officer, Mrs. Christina Lambropoulou, signed the agreement transferring SNFCC SA’s only share to the Greek State by means of a gift, on the stage of the packed Stavros Niarchos Hall.
The event was marked with the appearance of internationally renowned soprano Sumi Jo, who performed the famous aria Casta Diva from Bellini’s opera, Norma as well as onstage performances, video screenings, events in all corners of the SNFCC, smaller and larger artistic groups, all which composed a free festival — open to all.
The event also featured the Ballet, the Children’s Choir and the Adult Choir of the Greek National Opera, the ERT National Symphony Orchestra, Natassa Bofiliou, Alkinoos Ioannidis and the Baroque Ensemble, the Lyceum Club of Greek Women, George Kontrafouris on piano, street dancers, skaters and roller bladers, alongside video screenings of readings by famous actors, curated by the National Library of Greece. The artistic program was under the direction of Thomas Moschopoulos.
The evening was concluded with a unique party featuring fireworks, music and dancing, at the SNFCC’s Agora.