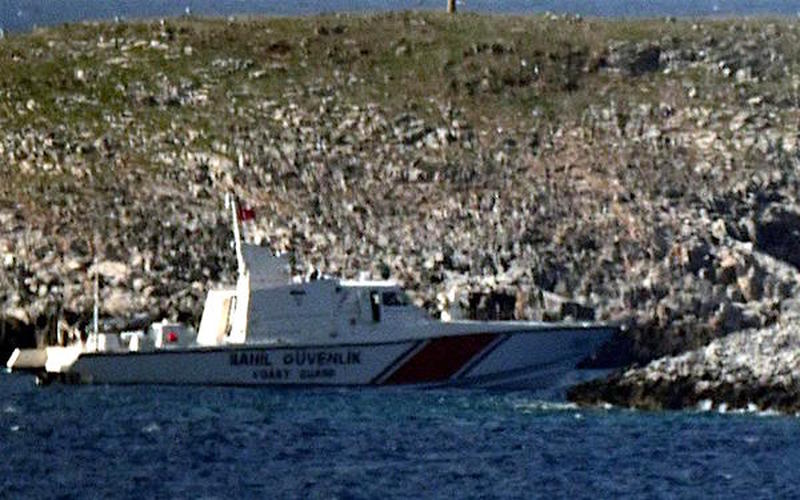 A Turkish coast guard boat came within a 2 meter distance of the Imia islets on Tuesday as reported by Turkish news website Sozcu. The report claimed that a Greek ship “just stood there, a mile off.” This is only one of a barrage of Turkish publications that are attempting to pass of the Imia region as a “gray zone.” Athens, however, denies these reports, citing them as “Turkish propaganda.”
In specific, the Aksam online publication (sourcing the Dogan news agency) states that “a team from the Turkish coastguard, which continues its patrols at Imia, reached a distance of two meters, observed the islets from the boat and took photos while the Greek army simply watched the Turkish officers from a mile’s distance.”
Furthermore, the online publication Sozcu, reported that while passing by the islets of Imia a 70-meter-long energy vessel by the name of “Yasinbey,” owned by company “Karadeniz Powership,” noticed that the Greek vessel mobilized. At the same time when the Turkish Coastguard vessel No. 101, performing patrols in the area began moving toward the rocks and the Yasinbey ship, the Greek vessel was forced to turn back.