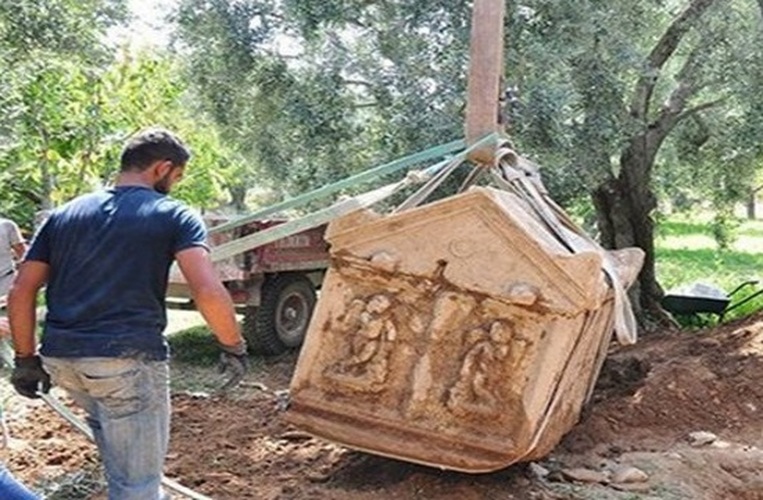 An olive grove in Bursa, Turkey has revealed what experts are hoping is just the beginning to a treasure trove of ancient Greek archaeology.

In an area where previous items have been discovered, experts have now reported that three ancient burial chambers from the Late Antiquity period are the latest discoveries in the olive grove, and reportedly the sarcophagi depict unique carvings of Eros covered in lotus flowers and figures with lion’s heads, as well as the Greek gods of Medusa and Hercules.

Sources have reported that these latest finds are filling experts with the hope that the area could be that of a necropolis — an ancient cemetery with several elaborate burial chambers. Previously treasure hunters had attempted to loot items from another tomb discovered nearby, leading them to damage its cover as they tried to pry it open. Police also found another sarcophagus from the Late Antiquity period while searching the property for a stolen truck in September, 2016.

This time around, authorities are taking no chances of treasure hunters ruining this ancient find and representatives from the İznik Museum Directorate say that they have covered the sarcophagi and have teams on guard 24 hours a day until the archaeologists from Ankara arrive to start the excavation.