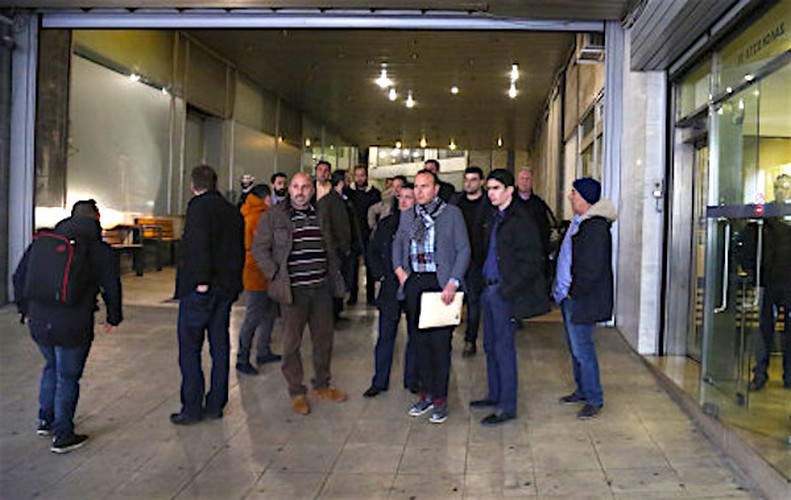 Farmers expressed their complete dissatisfaction on Wednesday, after their meeting with government officials concluded, while also expressing disapproval for the Minister of Agricultural Development and Food, Vangelis Apostolou.
Frustrated farmers that participated in the Blockades of Promahona and Evzones walked out before the meeting concluded as their demands were not met. Some farmers denounced and shouted at Mr. Apostolou while leaving.

After the meeting, Deputy Prime Minister Yannis Dragasakis estimated that two-thirds of the farmers’ demands have either been implemented or are being assessed by the Ministers in order to find a solution.

“Our goal is not only to survive but for agriculture to become the primary sector as a key pillar for the reconstruction of the country in general. We must therefore go to a primary sector capable of producing products to meet internal needs and is aimed at global markets. The will of the government is to utilize any financial margin that will be generated and reduce production costs. We are open to discussing all requests, ideas and proposals towards reducing production costs and all the possibilities we have,” said deputy Dragasakis, according to ANA MPA.