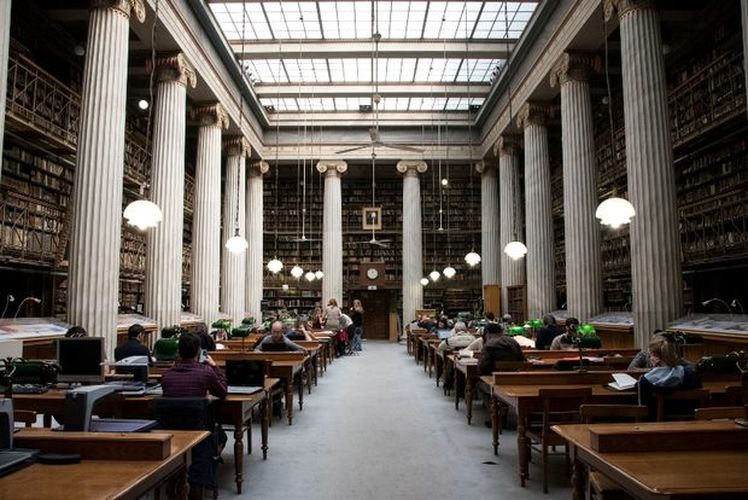 The National Library of Greece is making a bet on its future. From the historic neoclassical building in the centre of Athens, one of an iconic ‘triplet’ of imposing public buildings erected by Theophil von Hansen and Ernst Ziller in the 19th century, the library is methodically preparing for a historic move and its transition into a new era, housed in the airy yet monumental building erected by architect Renzo Piano for the Stavros Niarchos Foundation Cultural Centre (SNFCC).
Paradoxically, after languishing unheeded for many years as its needs grew ever greater, the donation of the SNFCC to the Greek state means that the National Library is experiencing this great historic moment in the midst of Greece’s crisis. In its new 22,000-square metre premises, it will provide the Greek public with access to a wealth of Greek knowledge and literature, either directly or in digital form, or through temporary exhibitions.
At the building on Panepistimiou Street, feverish preparations are underway ahead of the move. The reading room has been temporarily closed to the public and every corner is a hive of activity, with library employees and external staff, conservators in white coats and plastic gloves preparing the collections to be transferred, once the SNFCC is officially turned over to the Greek State on February 23.
The move is expected to last up to six months and the library will then operate on a trial basis for about two months before an official inauguration in the autumn. The old building on Panepistimiou Street is destined to reopen as a reading room and as a conference and exhibition space in the city centre.
(source: ana-mpa)