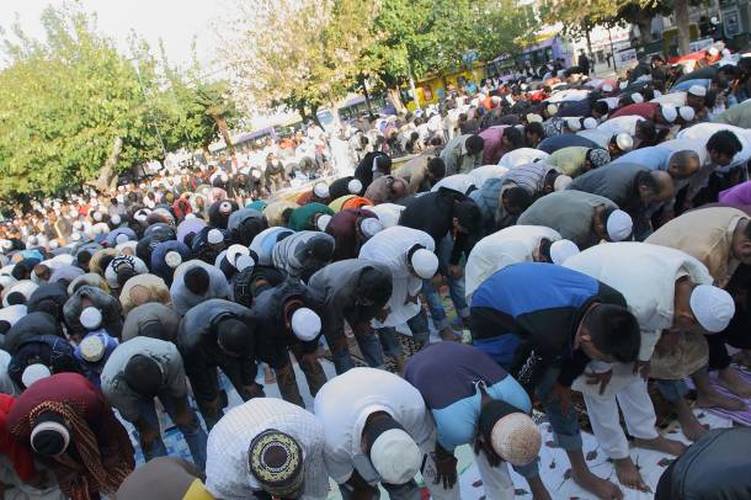 Almost six in ten Greeks (58%) agree with the notion of banning Muslim migrants from entering the country, while 55% of Europeans share the same view, a study shows.
The survey, published in Britain’s Independent, was conducted by Chatham House before U.S. President Donald Trump signed the executive order that prohibits citizens of seven Muslim countries to enter the United States.
In Greece, 58% of respondents favor such a ban, 20% disagree and 22% said they don’t know if they agree or disagree.
The study was conducted taking population samples from 10 European countries, namely Germany, Belgium, Greece, Italy, Poland, Hungary, Italy, Spain, France and Austria. In eight out of the ten countries, the majority of citizens were against Muslim migrants entering their country. On average, 55% of Europeans are in favor of a Muslim ban, 20% are against and 25% don’t know if they agree or disagree with such a measure.
Poland showed the highest support of a Muslim ban (71%), followed by a 65% in Austria. In Hungary, Belgium and France, over 60% of citizens share the same view. In no country the percentage of disagreement was higher than 32.
Age and level of education of respondents were significant factors in the study, with the majority of older people being against Muslim migrants. At the same time, 59% of respondents with secondary level education are in favor of a ban, while less than half of degree holders agree with the notion.
The Chatham House survey results are similar to a 2016 study conducted by Pew, measuring how Europeans view Muslim people who live in their country. According to that study, 72% of Hungarians had a negative view of Muslims, followed by 69% of Italians, 66% of Poles, 65% of Greeks and 50% of Spaniards.