Most of Greece's Public Service Vehicles Belong in the Scrapyard 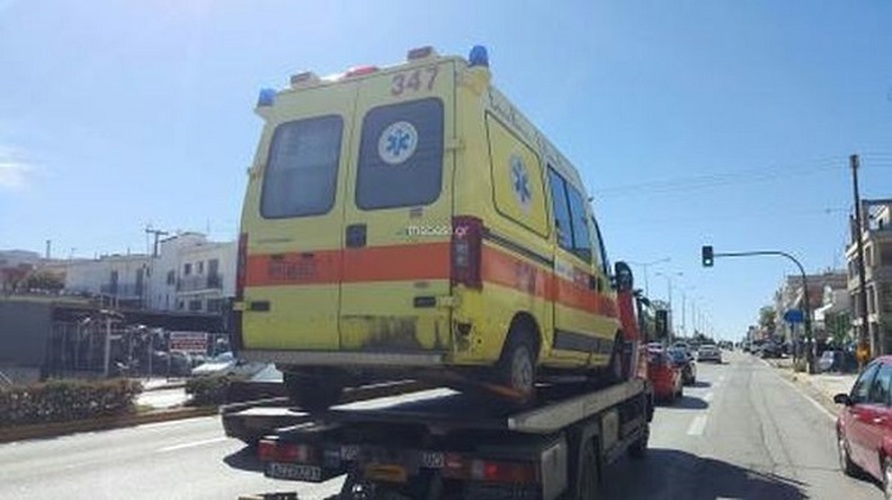 The economic crisis in Greece has forced public organizations to keep in use vehicles that should have been scrapped years ago, according to a Kathimerini newspaper report.
Most ambulances of the National Health System are hardly operational, drivers and paramedics say, and in many cases they break down on the road carrying a patient. The majority of them are broken down beyond repair and remain immobilized.
According to statements by ambulance drivers, the average age of the vehicles used is 13 years, when in European Union countries ambulances are replaced every 5-6 years. As a result, there are ambulances that leak when it rains, have rusty parts while mileage on many of them reach hundreds of thousands of kilometers.
The same applies to Greece’s public transportation fleet, amounting to a total of 2,000 buses. According to public transportation officials, about 1,000 of them are worn out beyond repair due to rust and serious engine problems. Parts of them are used to repair operational vehicles as recession does not allow for costly parts or repairs.
Furthermore, the majority of working vehicles have worn out tires and are dangerous. Again, the average age of public buses is 13 years, as 40% of the fleet started running between 1998 and 2002.
Greek police vehicles are no exception. The total fleet of Hellenic Police consists of about 12,700 vehicles, including motorcycles. About half of them are not operational, police officials told Kathimerini.
It is indicative that out of the 1,255 motorcycles of the DI.AS rapid response team, 625 are grounded. Attica Police have 1,200 patrol cars that show 700,000 kilometers on their speedometer. Regarding the Fire Department, out of the 3,000 fire engines half of them are over 10 years old while many of them are not operational because of high maintenance and repair costs.
Municipalities and small communities face similar problems regarding garbage trucks. Serious damage on a garbage truck most likely means that the vehicle is going for “retirement” a mayor told Kathimerini. It is also characteristic that small towns depend mostly on donations in order to acquire a garbage truck.
But the problem of trash collection vehicles is apparent in big cities too. For instance, in the summer of 2016, the City of Athens had only 16 garbage trucks running out of the 80 actually needed.