Farmers to Rally in Athens on February 14 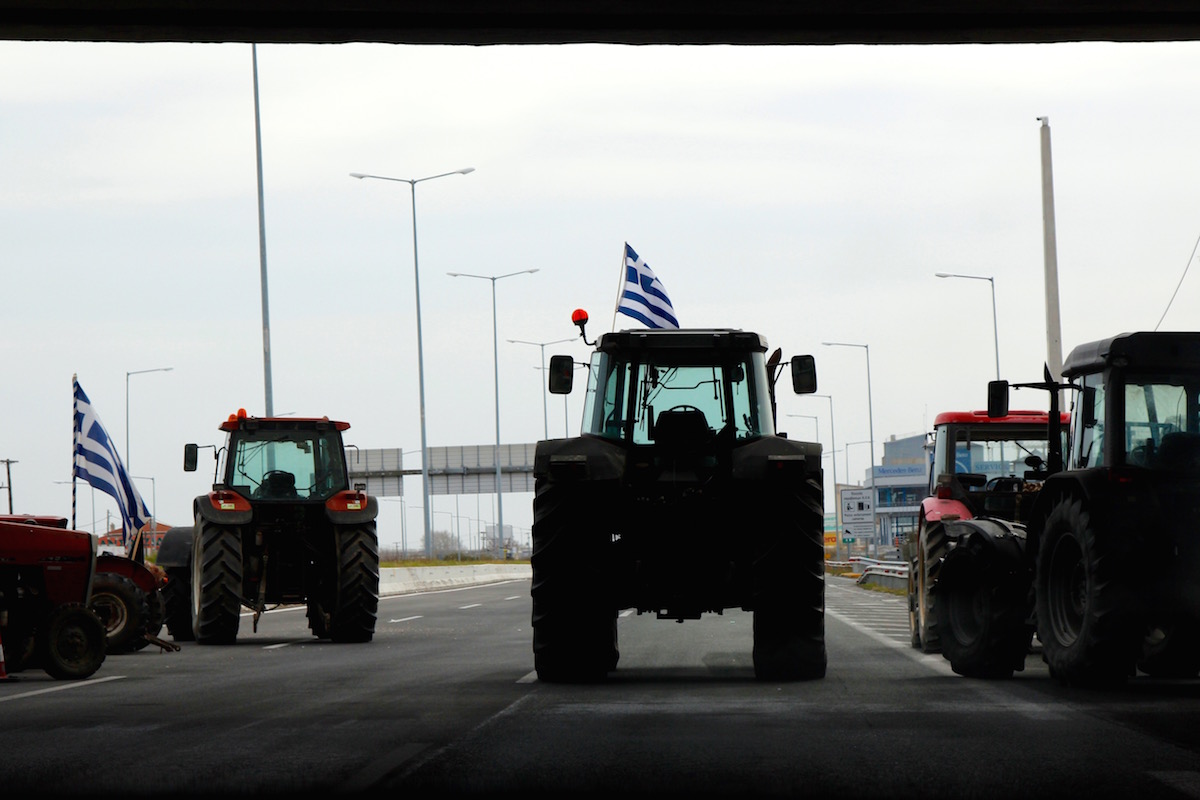 Farmers will be continuing their ongoing fight against tax hikes and social security contribution payments in yet another protest planned in downtown Athens for February 14.
During the Thessaloniki International  Trade fair protest last week, Drama farmer, Chris Godias — a member of the Panhellenic Coordinating Committee of Farmers, Breeders and Fishermen — warned that their action will continue by possibly organizing a rally in Athens. The decision to move forward with this action was made on Tuesday at a supervising committee for farmers’ actions.

In a meeting held by the Nationwide roadblocks Committee, the farmers requested a meeting with the ministries (Rural Development, Finance, Labor and Environment) for Friday February 10. Their demands are for the government to pull back on the tripling of their social insurance contributions and a 60% cut in their pensions by 2022, as well as their taxation rate which is being doubled from 13% to 26%.
More than a dozen tractors and pick-up trucks are expected to roll through Athens for a gathering in front of Parliament.  The demonstration will also include gatherings outside farmers’ social security funds in every prefecture of the country.