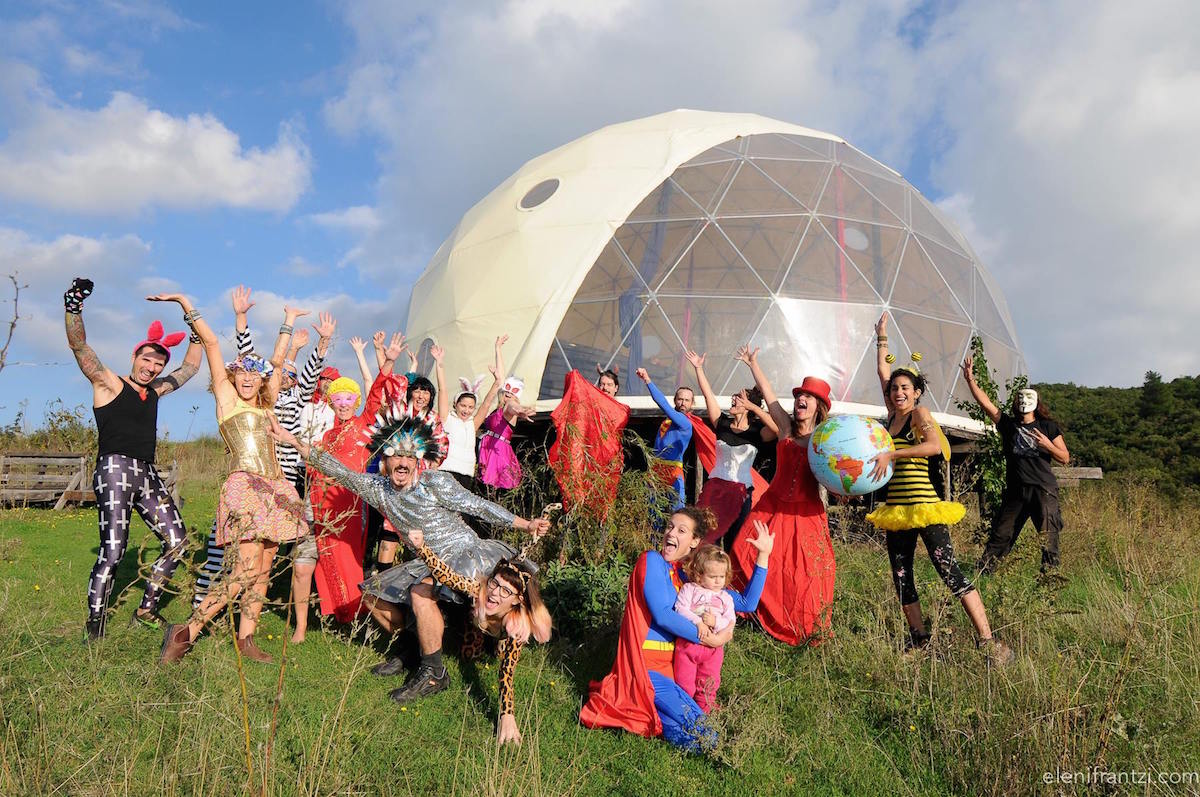 A group of young people who used to live in big Greek cities moved to a rural area of Euboea island in Greece to achieve self-sufficiency. The “Telethrion project,” as it is called, is a micro-society living in harmony with the environment without depending on money. The project is the brainchild of the organization, Free and Real, an acronym for Freedom of Resources for Everyone, Everywhere, and Respect, Equality, Awareness, and Learning. It was coined in January 2009, and the organisation was officially founded later that year in Athens, Greece, where the founding members lived at the time.
The initial actions of Free and Real involved research, attending seminars and workshops throughout Greece and the rest of Europe on sustainability, self-sufficiency, natural farming and building, and visiting existing eco-communities and gaining first-hand experience.
In 2010 it began organising its own workshops in Athens on the same subjects, and in May 2010, it relocated to northern Euboea to create the Telethrion project. Since then the project has expanded and hosted thousands of visitors on its test site to learn about natural farming, natural building techniques and self-sufficiency. Watch the full documentary.