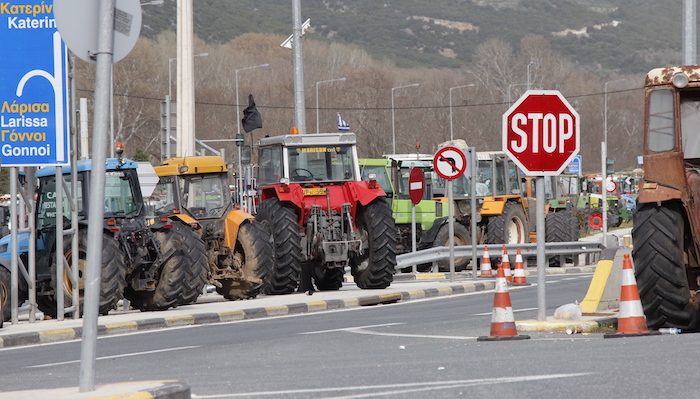 Protesting farmers from the Nikaia roadblock used their tractors to blockade the Athens-Thessaloniki national highway at the Tempi valley on Sunday, at about 14:30. The farmers said the road would be blocked for roughly two hours in a “symbolic protest,” indicating their readiness to escalate protest action.
The farmers said their plans include new roadblocks and better coordinated action to create a united front, with the participation of all farmer protest roadblocks in various parts of Greece. To this end, the Nikaia farmers invited protesting farmers throughout the country to attend a meeting taking place in Nikaia next Tuesday at noon.
Meanwhile, the main roadblock set up at Nikaia remains, blocking the lanes of the national highway heading toward Athens, while the national highway also remains closed at Platykambos, where farmers have blocked lanes to Thessaloniki since Friday.
(source: ana-mpa)