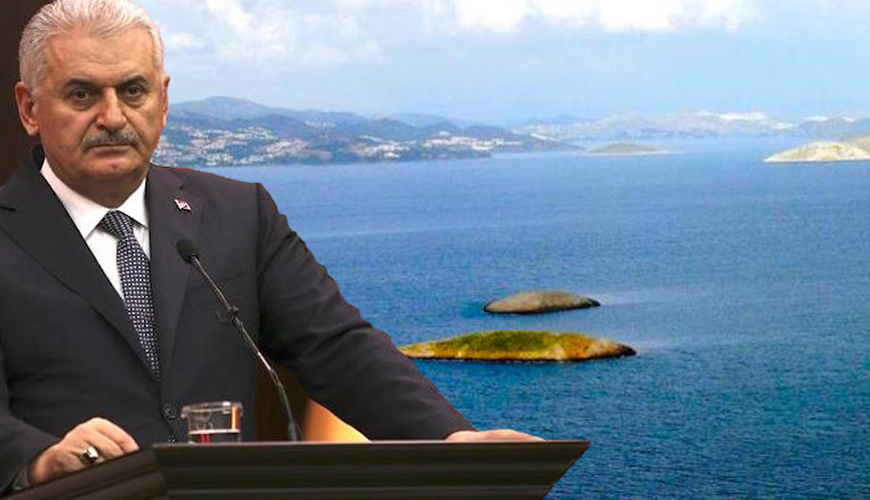 Speaking to reporters in Ankara on Thursday, Turkish Prime Minister Binali Yildirimn spoke of 130 islets in the Aegean for which it is not clear who they belong to.
Other than challenging the ownership of the islets, Yildirimn also criticized Greece on the non-extradition of the eight Turkish military officers who allegedly participated in the July 15 coup attempt.
According to Hurriyet newspaper, Yildirimn said he sent a letter to Greek Prime Minister Alexis Tsipras expressing Turkey‘s expectation. “I’ve sent a letter to Mr. Tsipras on this matter. I’ve stated our expectation our expectations in terms of reviewing the verdict and extraditing them,” he said, adding that Greece hasn’t responded yet.
Regarding the wreath Greek Defense Minister Panos Kammenos dropped over Imia islet, the Turkish prime minister noted: “Geography is destiny. We cannot choose our neighbors. We should be able to move forward with the existing ones. Turkey has not shown any kind of behavior that would spoil relations with Greece. To the excesses and provocations arising from time to time on the other side, we answer with a smile. They shouldn’t take that in the wrong way.”
The Turkish prime minister further said that Greece must act in a neighborly manner and that’s what Turkey expects. “From our point of view it makes no sense that their Defense Minister goes there and poses on the islets.”
Yildirimn claimed that “130 large and small pieces of rock in the Aegean … do not even have a name, and it is not clear to whom they belong. It is so from the old days. The  problem in the Aegean is not new, it has very deep history.
Turkey calls Kos island demilitarized zone
A representative of the Turkish foreign ministry argued that Kos is a demilitarized zone and declared unlawful an exercise of Greek paratroopers on the island.
The Turkish foreign ministry spokesman made the statement when asked to comment on the news reported by Turkish media that Greek paratroopers carried an exercise on the island.
“We have seen these reports. In accordance with the 1947 agreement, Kos should be demilitarized and military activities are prohibited,” said the spokesman.
The Turkish official said that Athens “should not cause tension by making unilateral actions and should operate within the confines of international rules in the Aegean.”