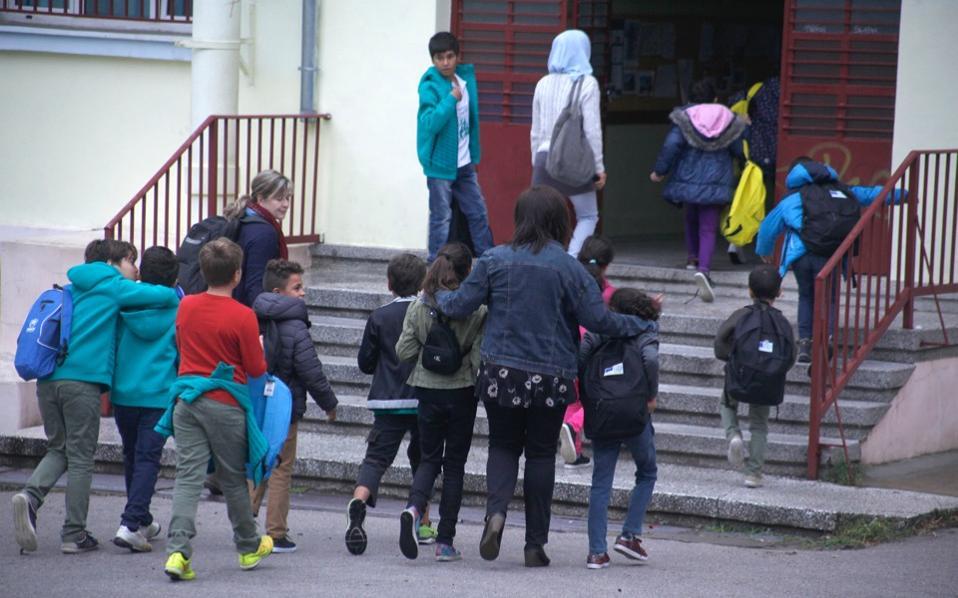 About 500 refugee children attended classes in 20 schools across the country on the first day the Greek government program back in October and the numbers have been increasing exponentially.  The Greek government is aiming for more than 10,000 refugee children to have the opportunity to go to school while their families wait for their asylum applications to be considered — a number that is expected to be reached by mid-February 2017.
In addition to integrating refugee children in the education program, current projects, developed by education ministry together with the General Confederation of Greek Labor (GSEE) and universities in Athens and Thessaloniki, will include a plan to provide vocational training to people aged between 15-4

A recent survey conducted by Metron Analysis on behalf of Antenna TV said that 67 percent of those polled approved of the government’s policy on refugee education; the ministry’s general secretary, Yiannis Pantis, said it was a pioneering endeavor on a European scale and that the results “are visible.” The Greek program is paid for by European Union funds and supported by aid agencies.

A seven-year-old boy died after a fire broke out at a migrant camp in Thebes, northwest of Athens, late on Tuesday. The child's nationality was not released.
Read more