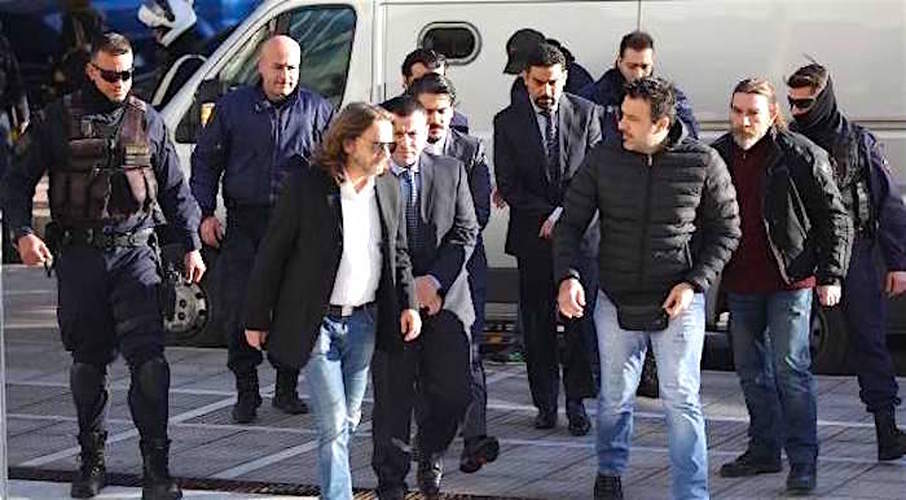 A note released by Turkey on Monday accuses Greece, Germany, Belgium and the European Union in general of rejecting extradition requests of political asylum seekers branded as “terrorists” and “coup perpetrators.”
According to a mignatiou.com, Ankara goes to the length of calling Greece a country where military coups are common, claiming that other than the 1967-1974 military junta, Greece has suffered 11 military coups and 8 attempts. Furthermore, it accuses Athens of making a deal with the eight Turkish army officers to not extradite them in exchange for intelligence on the Turkish military. According to the statement, Ankara insists that the army officers are criminals and their crimes are punishable, thereby they should be returned to their home country to be tried.
The Turkish statement takes it a step further, claiming that between 2007 and 2016, Turkey has requested that 399 criminals from 21 European countries should be extradited to Turkey. Many of the requests relate to criminal terrorist organizations PKK, DHKP / C, TKP / ML, and Al-Qaeda. Europe has extradited only 11 of the 399 criminals, while 271 requests were rejected and 117 applications are pending.
The statement continues saying that of the 11 extraditions, four were carried by Romania, three from Germany, two from Austria and two from non-EU countries. Turkey on its part, has received seven extradition requests, six from EU countries. Ankara agreed on four, rejected one and one is still pending. Germany does not extradite members of the terrorist organization PKK, completely ignoring requests made by Turkey since 2007. Turkey has submitted 136 requests for extradition of terrorists from Germany, and Berlin has responded positively only to three of them, the statement continues.
According to the Turkish government, “Germany is the country where most terrorists are hiding.”
In the statement, Belgium is accused of not extraditing a murderer, a member of the terrorist organization DHKP / C and the head of the Europe department of PKK / KCK.
A separate chapter in the statement deals with extradition requests for persons accused of collaborating with Turkish exile Imam Fatih Gulen and collective members of the “terrorist organization FETO.”
Turkey has called on European countries to arrest and extradite 59 members of FETO organization after the July 15 attempted coup.
According to the Turkish authorities, so far no European country has extradited a single member of the organization, while accusations turned once more against Germany that has not responded to requests for the return of 22 people associated with Gulen.