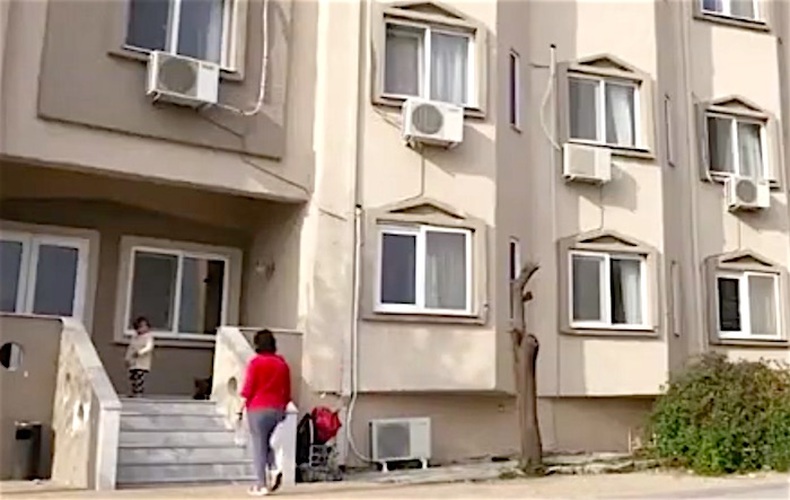 The camp is reserved for Yazidis, thousands of whom were forced to flee their homeland in northern Iraq in 2014 as Islamic State fighters swept across the region.

Twenty-five-hundred Yazidis are now stranded in Greece, and most live in separate camps from other migrants. Refugee Riad Salo said that even now, they are targeted.

“Every day, fighting,” Salo said. “Afghanistan, Pakistan, Syria people, Iraqi people, all the Muslim, Islam people. All together came to Yazidi people and fighting them.”

IS militants killed thousands of Yazidis in Iraq. Many of the women were forced to become sex slaves. The United Nations describes what happened as genocide.

Portugal has offered to take in several hundred of the Yazidi refugees from Greece, but Athens has refused the offer. Ioannis Mouzalas, the Greek minister of migration, said that “a government can’t racially discriminate.”

“We see with sympathy the Yazidis and all that they have gone through,” Mouzalas added, “but for the Greek government, the European Commission and the European Council, discrimination is reprehensible.”

Ana Gomes, a Portuguese member of the European Parliament who has led her country’s efforts to resettle Yazidi refugees, said Greek concerns were misplaced. She said the Yazidis had been discriminated against in terms of being resettled in other European countries, and that special consideration should be given to them because of the barbarity they have suffered.

The aid group AMAR International cares for thousands of refugees, many of them Yazidis, in camps across Iraq. The group’s founder, British lawmaker Emma Nicholson, said the Yazidis deserved special recognition “because the Yazidis are the immigrants in greatest need. They’re in greatest need because they are the ones who are being subjected to genocide.”

A Yazidi cannot marry outside the faith, bringing added dangers as they are scattered from their homeland.

“So the number of people [Yazidis] you can marry is extremely limited,” Nicholson said. “And the smaller the blocks of Yazidis become, the more the difficulties, physically, of this very close intermarrying will start to appear.”

Europe is wrestling with the issue of whether Yazidi refugees should receive priority. Meanwhile, the EU’s resettlement program remains essentially frozen, and Greece alone is struggling to care for 60,000 stranded migrants.
(source: VOA)