GRNews
GreekReporter.comGreek NewsEconomyGreeks Exchanged their Gold English Pounds to Get By in 2016

Greeks Exchanged their Gold English Pounds to Get By in 2016 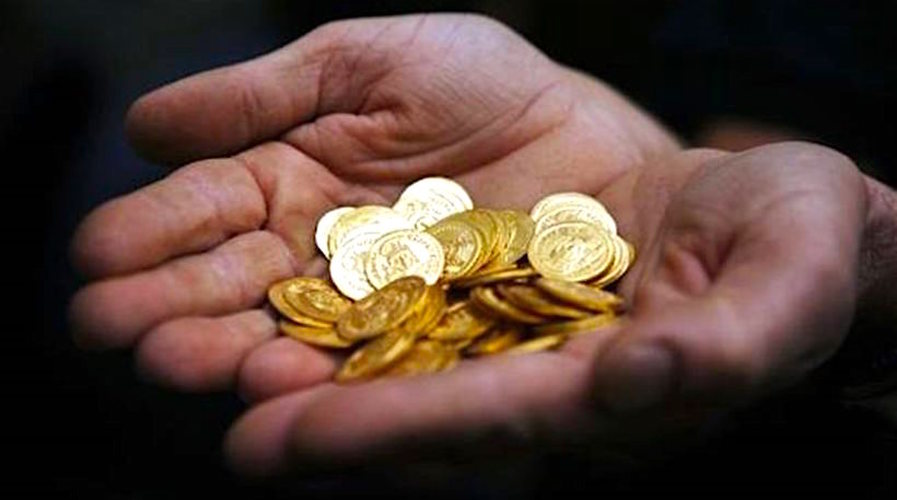 Greeks exchanged their gold English pounds they were saving for a rainy day in order to get by in 2016, according to the Bank of Greece.
The gold coins traditionally bought and stashed away for emergencies, were liquidated in 2016 in order for holders to make ends meet.
According to Bank of Greece data regarding the buying and selling of gold English pounds, Greeks sold twice as many coins in 2016 compared to the number bought. The reason, BoG experts say, is because gold coin holders liquidated them in order to meet the heavy financial obligations, such as income tax, property tax, VAT deposits, road taxes etc.
Specifically, BoG figures show that in 2016, a total 56,972 gold English pounds were cashed in, as opposed to 27,080 purchased.
According to BoG figures, a crucial date was June 28, 2015, when capital controls were imposed and continue to this date. In the April-June 2015 period, Greek people liquidated 15,811 gold English pounds and bought 10,524. In the July-September 2015 quarter, people sold 7,291 gold coins and bought 10,827.
The number of gold sovereigns in 2015 is a far cry from 2009, the year of the outbreak of the economic crisis. At the time, 316,143 gold coins were liquidated and 180,493 purchased.