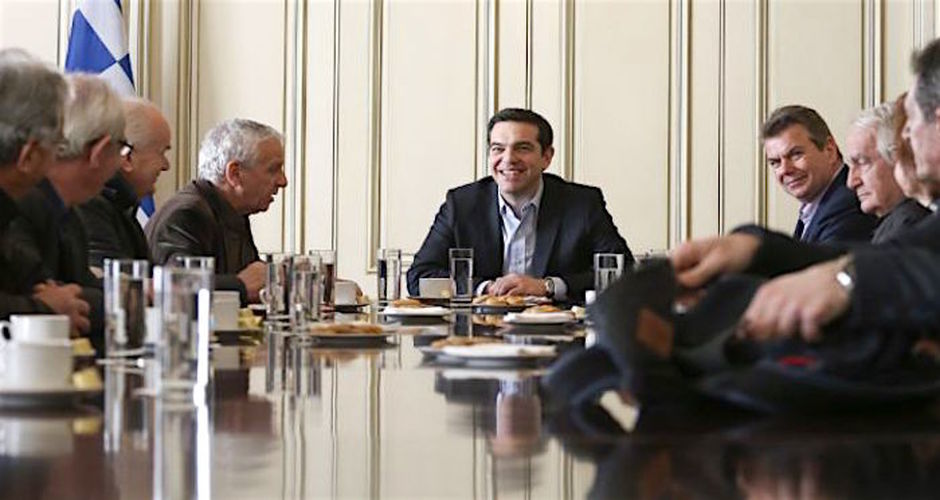 Pensioners are not convinced by the prime minister’s assurances that there will be no further cuts to pensions, the head of the Coordinating Committee for Pensioner Associations and IKA Federation Dimos Koubouris said on Friday, after a meeting between pensioner associations and Greek Prime Minister Alexis Tsipras.
“They are not convinced…since the laws exist, they have been passed and we can see them being implemented on a daily basis,” Koubouris noted. He said the pensioner associations had raised the issues and problems faced by pensioners during the meeting, the measures that had made their lives worse and had been passed by all governments, including the present one. “Our pensions are [reduced to] welfare handouts, healthcare is in an appalling state, our welfare benefits have been abolished and our children face the same fate, since they have been denied collective labor agreements,” Koubouris noted. He also expressed the pensioners’ grave concerns that further cuts to pensions were pending, in spite of the prime minister’s assurances, since the laws passed by the government called for more such cuts.
Koubouris said that a recalculation of pensions and not a “top-up” of pensions was coming, which would involve further cuts to new main pensions, while the surplus would be dubbed a “personal difference” for older pensioners. This would then open the way for further cuts to older pensioners as well, he added. “We are on the ramparts of the struggle and we call on pensioners to participate in this resistance action on an even larger scale and with more militancy. This is the way,” he said.
Finally, Koubouris said the pensioners criticized the government for calling the one-off benefit handed out to pensioners at Christmas a “13th pension.” “They gave a benefit. This was given to the pensioners that received it but we did not pay [contributions] our entire life in order to be given benefits. We paid to have rights and pensions. From this point of view, we asked that we receive our Christmas bonuses normally,” he said.
(source: ana-mpa)