Britain, Greece and Turkey Wrap up Security Talks on Cyprus 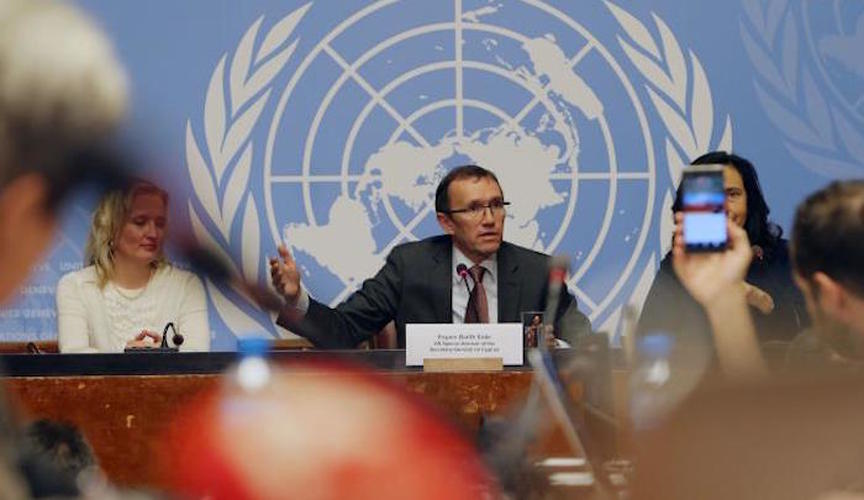 Technocrats from three NATO states wrapped up meetings on Thursday focused on security arrangements in Cyprus, seeking to break an impasse in talks over the ethnically split island, a U.N. envoy said.
“The working group… successfully completed the mandate entrusted to it. Namely identifying specific questions related to the issue of security and guarantees and the instruments needed to address them,” U.N. envoy for Cyprus Espen Barth Eide said in a statement about the consultations, which were launched on Wednesday.
The sides had agreed not to disclose details about deliberations since the process had not yet ended, he said. It was not immediately clear when the sides would meet again.
Officials from Britain, Turkey and Greece as well as representatives of Cyprus’s Greeks and Turks had been considering how to address security concerns in a post-settlement Cyprus if the now estranged Greek and Turkish Cypriot sides ever reach a deal to co-govern.
The meetings of the working group started on Wednesday after an inconclusive meeting of foreign ministers from Britain, Greece and Turkey in Geneva last week.
(source: ana-mpa)