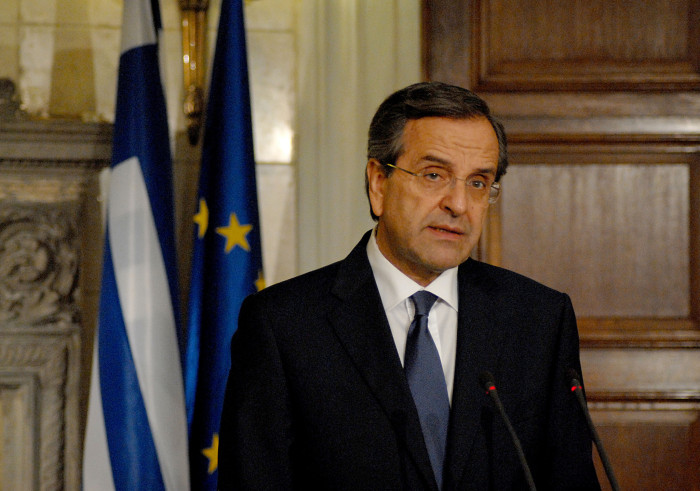 Greek people are paying for the mistakes and political obsessions of the Alexis Tsipras administration, said former prime minister Antonis Samaras in an interview.
The former New Democracy chief and PM spoke to Newpost.gr website and made clear, inter alia, that he is fully supporting the current president of the conservative party, Kyriakos Mitsotakis.
“We understood that the things Mr. Tsipras was promising would make things worse and that there would be no prospects for the Greek economy and the citizens… All the things we warned Greek people about turned out to be true,” he said.
Samaras said that the Greek economy is stagnant and there are no signs of recovery because the SYRIZA-ANEL coalition is not willing to take necessary measures. “The reforms are not implemented, privatizations are not progressing, confidence is getting weaker, taxes are increasing along with security contributions,” he said.
Regarding the blame game of the Greek administration and the accusations against Germany and the International Monetary Fund, Samaras replied that, “It is no “foreigner’s fault that Mr. Tsipras increased our debt by tens of billions!”
“Greek people are paying for the mistakes and political obsessions of the Tsipras administration. And they pay dearly. And as these mistakes continue, the bill is getting bigger,” the former prime minister said.
Regarding the handling of Greece’s bailout requirements, Samaras said, “After an entire Marathon, we were a few meters before the finish line, the exit from the crisis and Memoranda. And then everything was overturned,” Samaras said about the final days of his administration at the end of 2014.