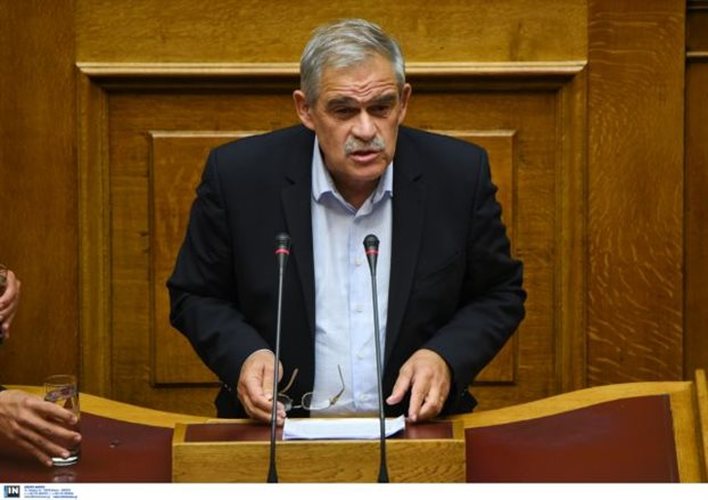 Citizen Protection Minister Nikos Toskas on Thursday said that there are no new terrorist organizations and that the recent policeman shooting was in retaliation to the arrest of Paula Roupa.
Toskas spoke on Skai television refusing that there is a serious terrorism problem and underlined the recent arrest of wanted terrorist Roupa. He also avoided to comment on the tolerance police is showing to the continuous destructive and violent acts of anarchist groups acting in the Exarchia neighborhood.
The minister said the assault rifle attack on a squad of riot police stationed outside PASOK headquarters in Exarchia was a reaction to the recent arrest of Paula Roupa, a leading member of the Revolutionary Struggle terrorist group.
“There is no such thing as neo-terrorism,” Toskas said. “These are simply vestiges of older terror groups, which are gradually being exterminated.”
However, ballistic tests confirmed that the Kalashnikov used in Tuesday’s hit outside the PASOK offices was the same as the one used against the same target in May 2014 and at the Mexican Embassy in Athens in July, both of which were claimed by a new group calling themselves “Revolutionary Self-Defense.”
Toskas praised his ministry and Greek police for the arrest of the wanted terrorist and for dismantling a big drug trafficking ring. He also claimed that crime rates are down during his ministry.
On criticism coming from opposition parties about the lawlessness in the Exarchia neighborhood where self-professed anarchists burn buses and newspaper stands, vandalize stores and hurl molotov cocktails at police on a weekly basis, Toskas answered:
“If it is that simple, why didn’t New Democracy do something about it all the years it was in power? Problems cannot be solved that quickly unless we want to cause even greater damage.”