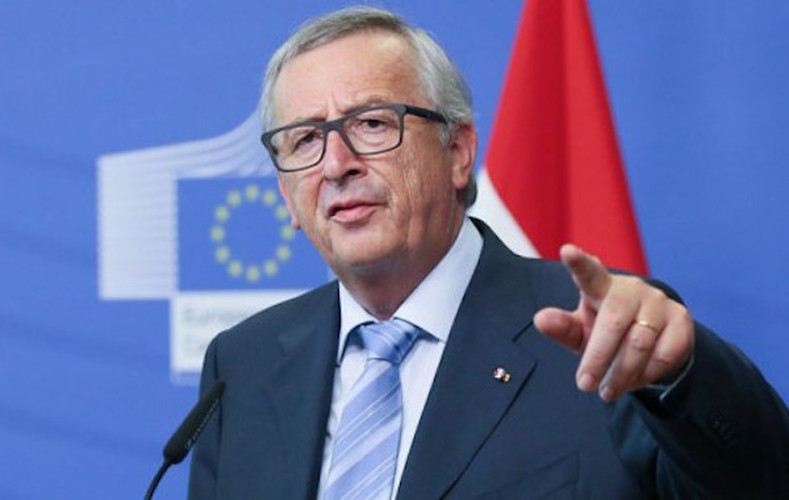 President of the European Commission Jean-Claude Juncker will be present at the UN Geneva conference on Cyprus calling it the “last chance” of the island’s reunification.
“I took a personal interest in the reunification issue of Cyprus, I would think that without over-dramatizing what is happening in Geneva that is the very last chance to see the island being composed in a normal way,” Juncker said, according to a New Europe report.
In Geneva, the EC president will be accompanied by High Representative / Vice President Federica Mogherini. He will join Cyprus’ President Nicos Anastasiades and Turkish-Cypriot Community leader Mustafa Akinci.
“That is the reason I was visiting Cyprus different times, that is the reason why I was in permanent discussions with President Anastasiades and Community leader Akinci. When it is about peace, you have to take the plane,” Juncker said.
The EC president on Wednesday spoke on the telephone with Greek Prime Minister Alexis Tsipras. According to a press release that followed, there was emphasis on the need to find a just and viable solution to the Cyprus issue, compatible with Cyprus’ European Union member-state status, as well as on the EU’s crucial role in the negotiations and the importance of resolving the issue for Europe and Euro-Turkish relations.
Meanwhile, Cyprus government spokesman Nicos Christodoulides briefed reporters on the ongoing talks between the two sides. “This is the first time after 1974 that we are in the very last minute before an exchange of maps on the basis of what has been agreed between the two leaders,” he said.
Christodoulides also called the maps’ leak as “irresponsible.”