European Press on Tsipras' Dilemma Over Extradition of Turkish Soldiers

The European press commented on Alexis Tsipras’ dilemma over the possible extradition of the eight military officers allegedly involved in the failed coup attempt in Turkey on July 15.
The Financial Times quotes the Greek prime minister telling Turkish President Recep Tayyip Erdogan that “the coup culprits are not welcome in Greece.” However, the report says, if Tsipras decides to go ahead and extradite the eight men who are branded as traitors in their homeland, he will face harsh criticism in Greece by his leftist voters. He will also be criticized by the European Union.
EU and Greek legislation prohibits extradition to a country where the accused risks being tortured. Human rights organizations, including Human Rights Watch and Amnesty International, have accused Turkey of turning a blind eye to accusations of torture, beatings and denial of access to lawyers to those arrested or detained as suspects of being involved in the coup.
According to the report, Greek officials fear that if Athens does not send back the eight soldiers to Turkey, Ankara will break last year’s agreement with the EU to reduce the refugee flow and allow a fresh wave of asylum seekers to be directed towards Greece.
Justice Minister Stavros Kontonis said that the government will “respect and honor” the Supreme Court’s decision, but some fear that politics may play a role. If the Greek government extradites the Turkish officers, Athens will be accused of attempting to appease Ankara, because there is a feeling that it is in a weak position at the moment.
Meanwhile, a Frankfurter Allgemeine Zeitung report says that Ankara is putting a lot of pressure on Athens. Immediately after the failed coup attempt, Turkish President Recep Tayyip Erdogan, the Turkish Foreign Minister Mevlut Cavusoglu and Turkish pro-government media rushed to characterize the officers as “traitors.”
Also, the German newspaper report says that state-controlled Anadolu news agency reported that on the night of the coup attempt, at least four of the eight army officers were contacted by two officers suspected of orchestrating the Erdogan assassination plan. 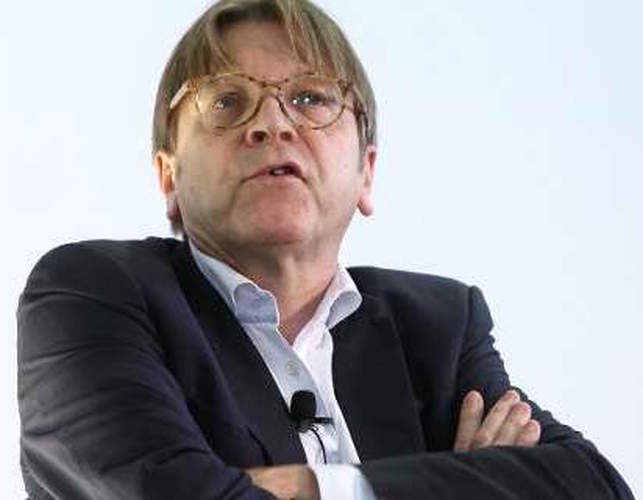 In letter to Tsipras, Verhofstadt appeals against extradition of Turkish officers
In a letter to Prime Minister Alexis Tsipras, Guy Verhofstadt, the leader of the European Parliament’s Liberal group, appeals against the prospect of Greece extraditing the Turkish officers.
Verhofstadt stresses the need to “preserve and fully respect the fundamental European values and principles which Greece helped shape throughout European history,” adding that he hopes Greece would be “guided by these principles when deciding about the fate of the eight Turkish officers.”
“I am aware of the political complexity and sensitivity of this case and have of course no possibility to judge whether these officers are guilty or not of being involved in the military coup,” Verhofstadt wrote.
On January 10, 11 and 13, three different councils of the Supreme Court will decide on the appeals the Turkish soldiers made.