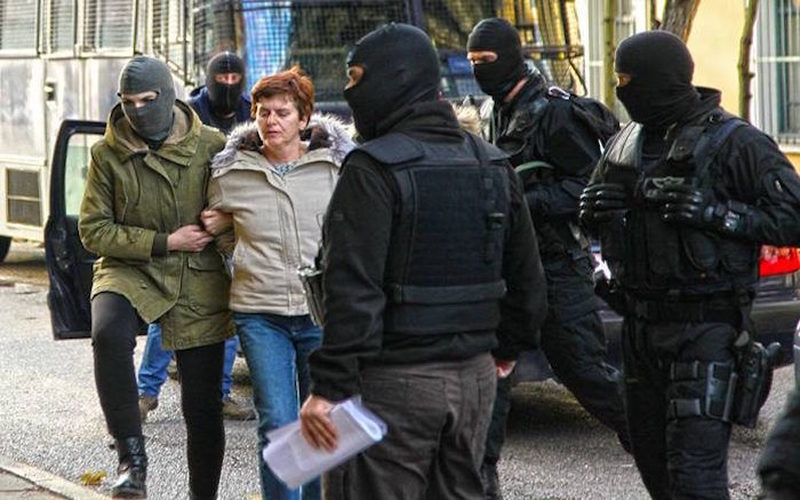 Combat rifles, hand grenades and other weaponry were among the items found in the Ilioupolis residence occupied by convicted terrorist Pola Roupa at the time of her arrest, Greek police announced on Sunday.
Greek Police said they found two rifles, two hand guns, four hand grenades and various calibres of ammunition during a search of the premises.
Near the home of Konstantina Athanasopoulou, a 25-year-old woman arrested with Roupa as a suspected terrorist, police found and confiscated a vehicle that the two women bought in December 2016.
Both homes also contained substantial quantities of cash that were confiscated as evidence.
All of the items found were taken to the Hellenic Police forensic laboratories for testing while the search of the two homes continues.
(Source: ANA-MPA)