Roupa and Friend Charged with Forming Terrorist Organization in Greece 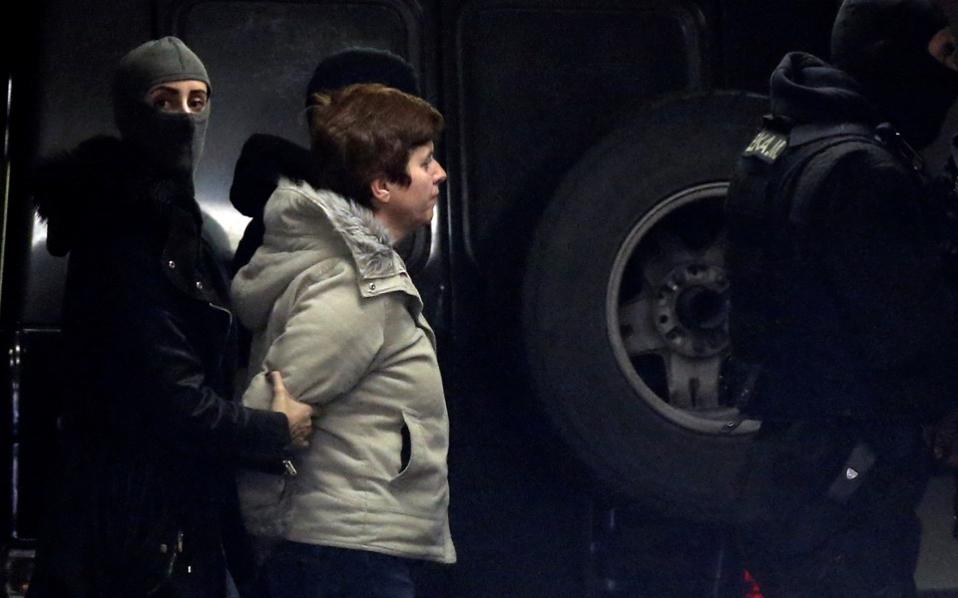 Public prosecution in Greece on Friday charged Paula Roupa and her 25-year-old friend with forming and participating in a terrorist organization.
The two women, face two felony and two misdemeanor charges:
a) formation of a terrorist organization with the aggravating circumstance of firearms and explosives procurement and possession under conditions which can seriously damage the country with the aim of seriously intimidating a population, seriously harm and destroy fundamental constitutional, political and economic structures.
b) aggravated theft with the purpose of committing terrorist acts. Moreover, they are prosecuted for forgery and denial of getting fingerprinted.
Roupa is to be transferred to the high-security Korydallos Prison where her partner and chief of the Revolutionary Struggle terrorist organization Nikos Maziotis is imprisoned. Roupa will continue serving a 50-year sentence for her role in Revolutionary Struggle.
Roupa and Maziotis have started a hunger strike over Greek authorities’ treatment of their 6-year-old son. The 25-year-old woman (whose name is not given by authorities) is also participating in the hunger strike.

In a statement read to reporters by her sister on Thursday, Roupa claimed that authorities were threatening to put her son in an institution. Roupa’s sister and mother have filed a request for temporary custody.

On Friday, Roupa filed a criminal complaint “against all responsible” for kidnapping of her son. The Initiative for Prisoners’ Rights group accused authorities of “vengeful hostage-taking” regarding the child.

The Justice Ministry responded with a statement saying the child had been taken into care pending a decision on custody, and that he was being cared for by specialists. The issue of steady contact with the child’s close relatives was discussed, the ministry added.

“The priority is to ensure the best interests of the child, which will be determined by the appropriate bodies, as happens in all such cases,” the statement said.