Combating Unemployment and Undeclared Work Among the Labor Ministry's Priorities 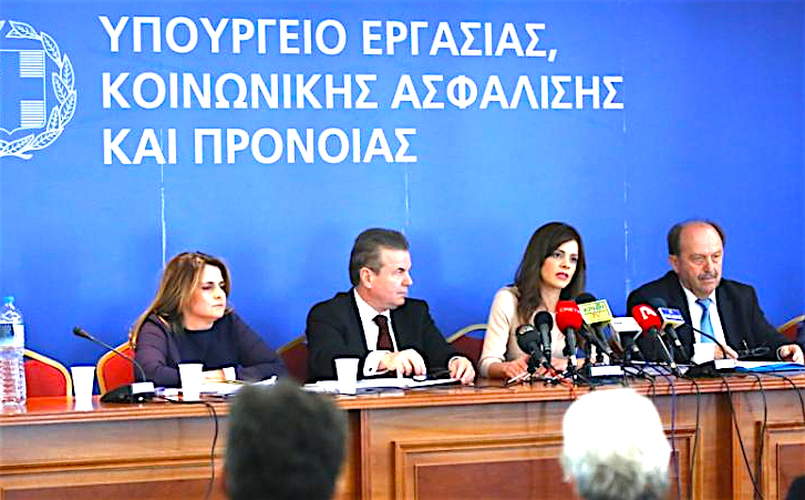 Greek Labor Minister Efi Achtsioglou on Tuesday in a press conference presented the activities of the Labor ministry. She underlined that targeted and effective checks are being made to combat undeclared work. Achtsioglou stated that tackling unemployment is also a critical issue. “We will not stop because of the small reduction of undeclared work,” she said adding that “we have recently recorded the best redundancy-recruitment balance.”
Labor Minister Efi Achtsioglou, Deputy Labor Minister Tassos Petropoulos, the secretary general of the ministry Stella Vrakas and the president of the single social security fund EFKA Athanassios Bakalexis held a joint press conference on the launch of the new social security fund.
“The operation of EFKA marks the new year. EFKA unites all the insured people. It protects the weakest ones. It reflects the social solidarity that the country needs. EFKA belongs to everyone. No exceptions, no discrimination. We are struggling for the sake of everyone. The previous system was characterized by failure. It is time to change the system. A new social security fund without inequalities and discrimination was needed,” Deputy Labor Minister Tassos Petropoulos earlier said.
(source: ana-mpa)