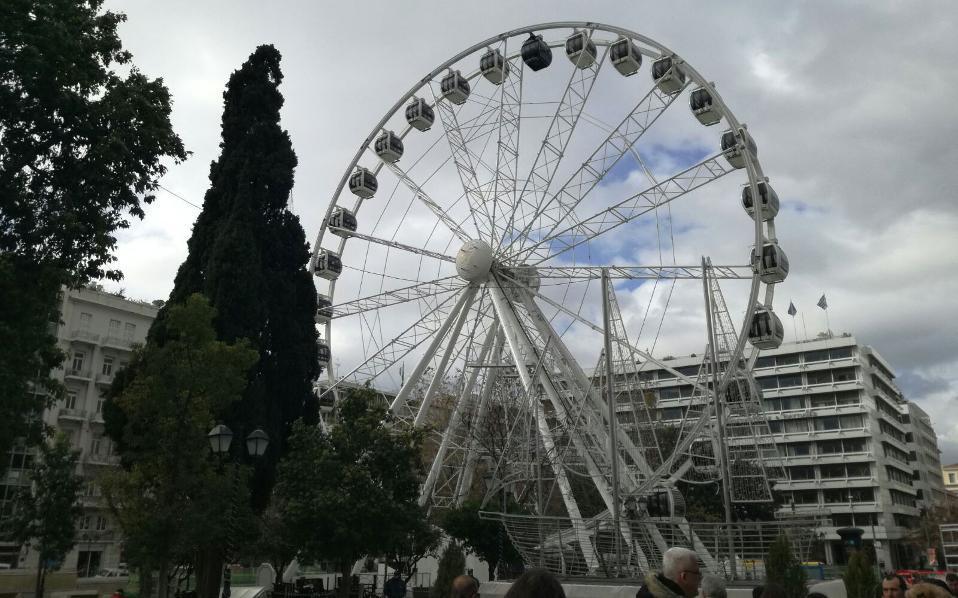 The ferris wheel that has been put up in Syntagma Square in the country’s capital city has been ordered to be removed as soon as possible, the City of Athens said in a press release on Wednesday.
The reason the ferris wheel is to be taken down is because it received a “damning safety report” by the Attica Regional Authority, according to sources.
The City of Athens said that it would not give the private company that installed the ferris wheel for the holiday season any extensions to provide documentation and certificates and said that the ride simply did not meet the required safety standards.
The ferris wheel has been in the square since December 21 but was never operational.

Greece has now surpassed 850,000 Coronavirus vaccinations, while another 50 vaccination centers will be added to the current 750.
Greek News

Greek PM Kyriakos Mitsotakis stated on Wednesday that the country's national lockdown will continue due to a sharp increase in cases.
Greek News