War of Words as Athens Mayor Calls for Toskas to Resign 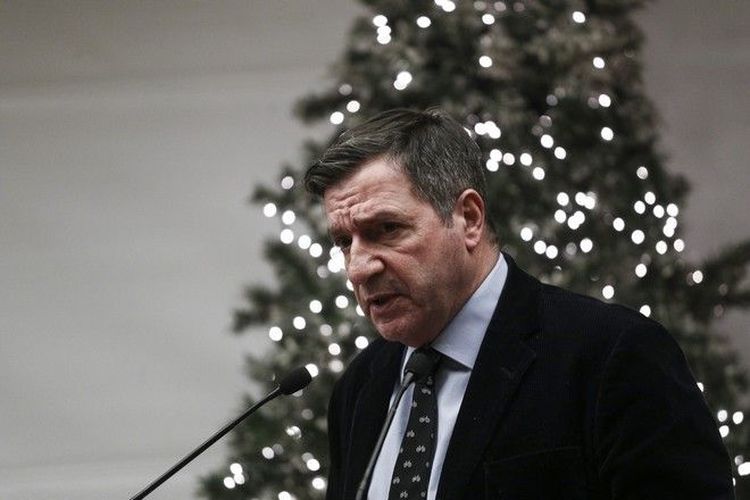 For the second time this week, Athens Mayor Giorgos Kaminis has called for the resignation of Nikos Toskas, the Citizens’ Protection Minister, in light of the vandalism and acts of violence that have taken place throughout the city in recent months.
“How many dumpsters, how many trolley buses, how many kiosks need to be torched and how many statues destroyed before a minister has the decency to resign?” Kaminis said while speaking on Skai TV on Thursday evening.
Events on this past Monday fueled Kaminis’ calls for Toskas’ resignation as several trolley buses were set on fire in central Athens near the Polytechnic building which was the same site where self-styled anarchists rioted on the anniversary of the 1973 student uprising on just week before on November 17.
“We cannot tolerate…this blind destructive rage by a maximum of 10 people as police stand by doing nothing,” Kaminis said, adding, “There is political responsibility which the minister has to undertake, and the only way to do so is to step down.”
Toskas responded by saying: “The former ombudsman is now defending other interests and I really don’t recognize him anymore,” adding, “Why didn’t he call for resignations when Athens was burning before?”