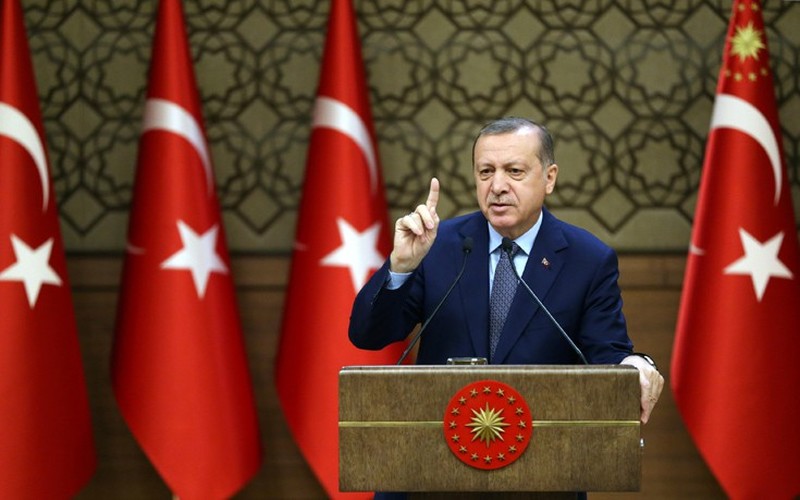 Turkish President Recep Tayyip Erdogan repeated comments about the Treaty of Lausanne, likening the recent tragedy Turkey experienced with the 1923 international agreement.
On Thursday, Erdogan said that the recent bloody terrorist attacks that cost dozens of lives caused him the same grief as the grief he feels because of territories lost by the Treaty of Lausanne. The treaty had designated the borders of the modern Turkish State, including the borders with Greece.
“We live under the same grief today as we felt for our losses from the Treaty of Lausanne. We are a sad nation as we were after the Treaty of Lausanne,” the Turkish president said during a ceremony in Bestepe.
“At this critical moment when the Earth and our region is changing, we will find ourselves in the situation we were. with the Treaty of Sevres, if we stop,” the Turkish president said.
“We live in a state of grief similar to that which we were after our losses with the Treaty of Lausanne and I want to speak out,” he said and added: “Turkey gives the greatest battle since the War of Independence. In this race, one nation, one flag and one country is the only cause for which we fight.”
Erdogan, also referred to terrorism. “Unlike the earlier battles, today we are faced with an asymmetric threat” he said. “The terrorist organizations are simply pawns in these battles, the real challenge is to find those hiding behind them. They are looking for our weaknesses.”
In the past few months, Erdogan has repeatedly challenged international treaties and questioned the sovereignty of certain Greek islands.