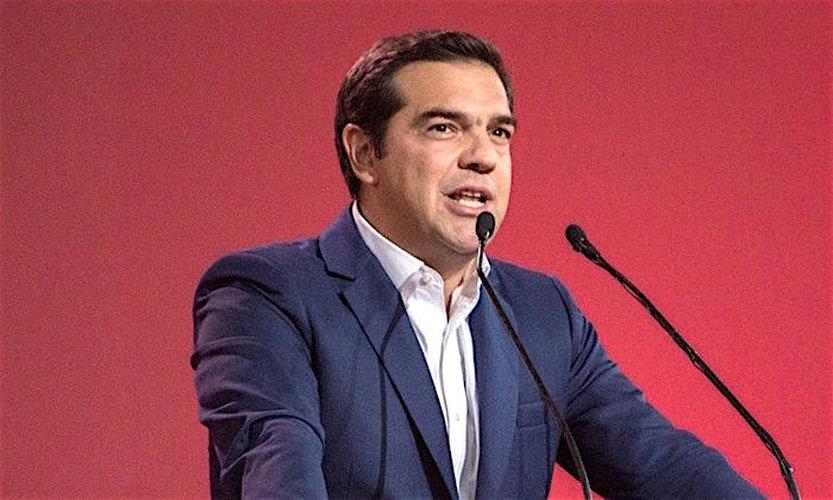 Speaking in the city of Iraklio during his two-day visit to Crete, Prime Minister Alexis Tsipras on Tuesday ruled out the possibility that Greece will agree to additional measures to be implemented after the bailout program. Both the program and the agreements that came with it would come to an end in mid-2018, he said.
“After that, and here I want in all cases to be absolutely clear, there are no more commitments and measures. [This] is a message that must be understood inside and outside the country. Our country’s sovereignty will be restored. Supervision and the memorandums are ending,” Tsipras said.
He pointed to encouraging news on the unemployment front, which he said was dropping “slowly but steadily” and noted that a 1.1 percent surplus would activate not a spending “cutter” but its opposite, allowing the government to hand out a 13th pension.
Tsipras said that the European far-right and populism could no longer be allowed to dictate the policies that Greece will follow.
“Greece might be in a program but it is also an independent country. If it honors its commitments and observes the rules, it should not have to tolerate being told what to do. The second review will end well, promptly and without additional measures after the end of the program, without excessive demands by some of the partners,” Tsipras said.
The Greek prime minister had earlier referred to the spate of terror attacks across Europe, expressing the Greek people’s solidarity and support for the victims of terrorism and war and noting that Monday had been a difficult night for all of Europe.
“We express our whole-hearted support for the German, Russian and Turkish peoples,” the prime minister said, while adding that solidarity alone was not enough. “There must also be some self-reflection and political action to tackle terrorism,” he said.
“Ankara, Berlin, Moscow but also all of Europe were shocked by the terror of horrendous actions. Actions which unfortunately prove that we are living in a dark age. Though we may sometimes not appreciate it, security is a priceless commodity,” he said.
The future of this world could only be protected by democracy, tolerance, dedication to peace and to social cohesion, Tsipras added, noting that this was the only way to consolidate security and peace in modern societies.
Source: ANA-MPA