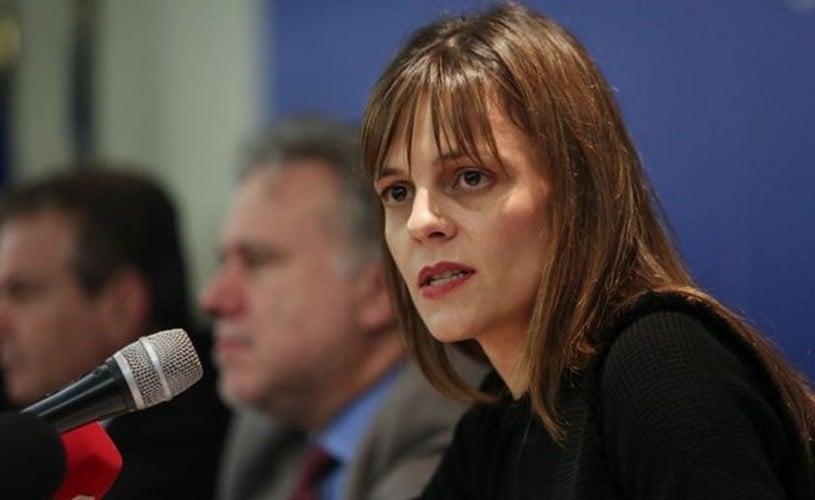 Restoring collective bargaining in the labor market is of paramount importance to the Greek government, Labor Minister Efi Achtsioglou said on Thursday.
Achtsioglou spoke in a joint press conference with Finance Minister Euclid Tsakalotos in Berlin. She stressed that labor market reforms are key issues in the second review of the Greek bailout program.
Achtsioglou explained that Greece has been subjected to successive reforms designed to “decentralize” the labor negotiations system to the level of single companies, rather than whole sectors, but their impact was other than expected.
“What happened in reality was the collapse of the collective bargaining system. At this time, there are only eight sectors that have collective labor agreements in force,” Achtsioglou said. As a result, she added, for most Greek workers, collective contracts are replaced by individual contracts.
“Is this compatible with the European social model? Is it compatible with the emphasis that the Lisbon Treaty wants to place on social dialogue? Clearly not,” Achtsioglou said.
The result of this policy in Greece was that the minimum wage dropped 22 percent — and 32 percent for young people under 25 — and 125,000 employees are now paid less than 100 euros a month, while one million employees are paid less than 1,000 euros a month, she said.
A very low minimum wage and a highly deregulated market has not helped people find work. Instead, unemployment went from 7 percent in 2009 to 27.9 percent in 2013, Achtsioglou argued. This led a high number of skilled young workers and professionals to emigrate, brought a drop in consumption and a great increase in flexible forms of employment, with newly impoverished workers and undeclared labor soaring.
“While the aim was a decentralised system of collective bargaining, we were actually led to a collapse of the system. This is the reason why, in the negotiations with our partners, the Greek government considers the restoration of collective bargaining to be of such high importance,” the labor minister said.