GRNews
GreekReporter.comGreek NewsArchaeologyGreek Archaeological Discoveries Ranked Among the Most Important of 2016

Greek Archaeological Discoveries Ranked Among the Most Important of 2016 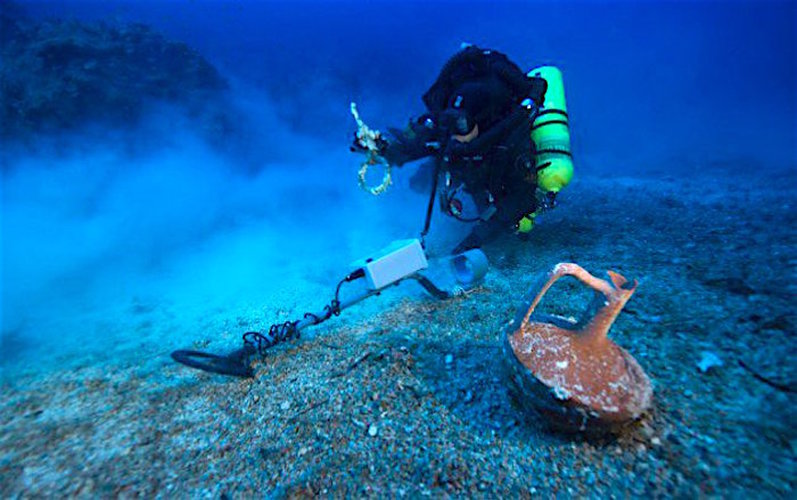 Two Greek archaeological finds are included in the list of the top 10 most important discoveries in the world for 2016 according to Archaeology magazine.
The remains of 80 men shackled together at the wrists in a mass grave at a necropolis near Athens and the first human remains to be found at the Antikythera shipwreck in almost 40 years.
Excavators at the Phaleron Delta necropolis have uncovered the remains of 80 men, shackled together at their wrists, lying in a mass grave.
The discovery of two small vases buried with them has allowed archaeologists to date the grave to the mid-to-late seventh century B.C. which has led project director Stella Chrysoulaki to believe that the men were executed in the course of an attempt to gain political primacy.
“For the first time,” Chrysoulaki says, adding, “we can illustrate historical events that took place during the struggle between aristocrats in the seventh century and led, through a long process, to the establishment of a democratic regime in the city of Athens.”
The Antikythera shipwreck (circa 65 B.C.) is the ancient world’s largest, richest, and perhaps most famous wreck. It was first discovered in 1900 off the Greek island of Antikythera, the site has yielded hundreds of treasures, including bronze and marble statues, as well as the Antikythera Mechanism, often referred to as the world’s oldest computer.
However, an important new discovery was made in summer 2016 when an international team recovered a human skeleton with parts of the cranium, jaw, teeth, ribs, and long bones of the arms and legs.
According to ancient DNA expert Hannes Schroeder, the discovery might provide the first opportunity to examine the genetics of an ancient mariner. “Human remains from ancient shipwrecks are extremely uncommon,” he says. “DNA analyses can potentially provide fascinating new information on the crew’s genetic ancestry and geographic origins.”(Source: ANA-MPA)